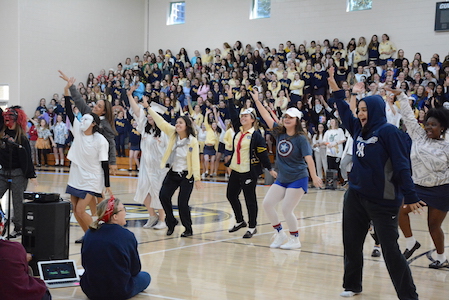 Junior Emily Anderson says, “At the end of the day, it’s just about coming together as a school.” Credit: Riley Gillis (used with permission)