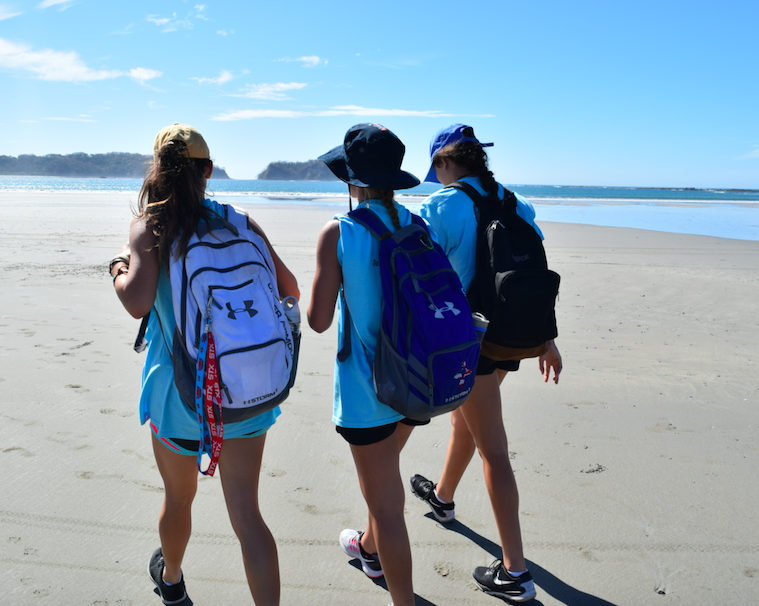 Sophomore Maddie Urso says, “I am so thankful I was able to go on this trip. It was an incredible experience.”

This year, Academy missionaries embarked on their inaugural trip to Samara, Costa Rica. Throughout their time in Samara they worked with the organization “CREAR”. The mission of this organization is to provide educational, recreational, and career opportunities for primarily young people who have limited resources living in the rural beach communities of Samara.

Senior Reilly Sleater said, “When we arrived in Costa Rica, you could tell none of us knew what to expect. Since it was the trip’s first year, we just had to roll with whatever surprises came our way.”

The missionaries stayed at an inn off the beach, run by host Dona Christina. The living arrangements were one of the many surprises the girls were faced with, but they quickly learned to adapt to the heat and live at peace with critters.

After their arrival, the missionaries took a tour of the town and had an introductory session with Andrea and Paul, the leaders of CREAR.

The next morning, AHN missionaries took a trip up a mountain to the village of Chinampas. They began a service project on a small church, where they painted both the inside and outside. Throughout the trip, they returned to Chinampas every day to continue their project.

After long days of work, the girls went swimming in the ocean during their free time and play lacrosse on the beach. They also got to go shopping in the village on the last night of the trip.

On the last day of service, the missionaries completed their painting project and they were presented with a meal from the people of Chinampas thanking them for their work.

Following the meal, the missionaries held a lacrosse clinic for the children where they taught the kids how to pass and catch the ball. They brought a large bag of lacrosse sticks that were all left with the children as a donation. After the clinic, the children challenged the girls to a game of soccer.

When AHN missionaries said their goodbyes to the people of Chinampas, rain began to pour down on them.

Sleater said, “It had not rained in over four months at Chinampas. I believe God sent the rain to bless our work and the people of Chinampas.”

The inaugural mission trip to Samara, Costa Rica was a great success and an unforgettable experience for all.