Guide to the Lenten Season 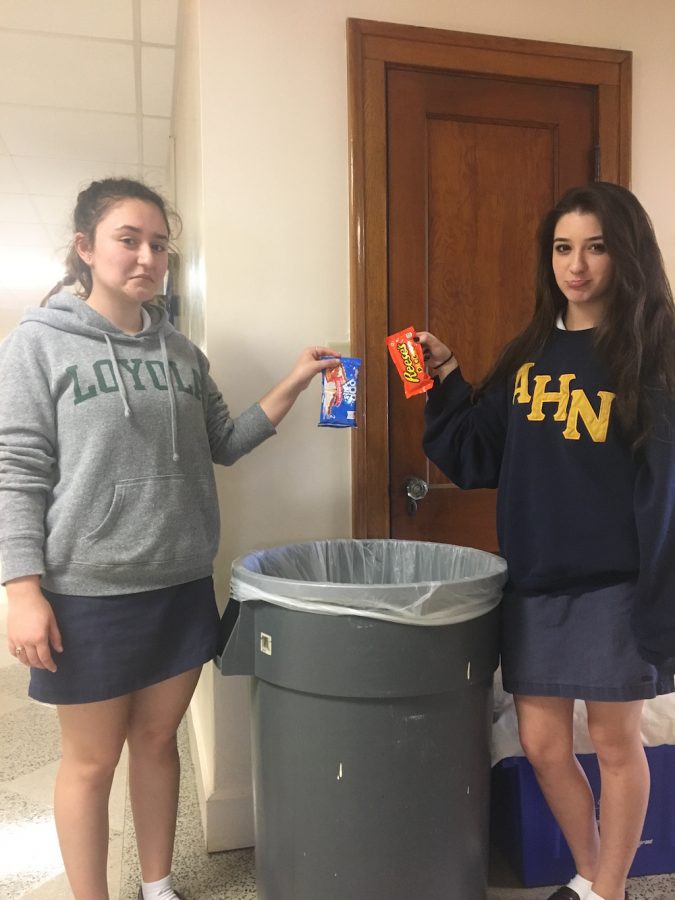 There is actually 46 days in between Ash Wednesday and Easter because Lent does not include Sundays.

As the Lenten season gets underway, many people are searching for what they should give up. It is a tradition to give up something that a person uses on a daily basis throughout the entire 40 days of lent to bring their relationship closer to God. However, finding the perfect thing to either give up can be just as difficult as the act itself. Here are some common things people give up during the Lenten season.

For all the people who live off artificial sugar, giving up sweets can be one of the hardest, but most rewarding, things to do this season. With the absence of such a big part of most people’s diets, it brings to attention the missing snack and allows the person remember and reflect throughout the entire Lenten season. Sweets include candy, ice cream, sweets, baked goods, and sugary drinks.

Soda is also very popular to give up for Lent because many people, after they go a full 40 days without it, will actually be completely turned off by it because the carbonation will hurt their stomachs.

Senior Ally Whele says, “I gave up soda this year because I found myself drinking a lot of it lately and need to start cleaning out my diet for college. Also, soda is something that I will notice that I am missing a lot and allow me to reflect on the season of Lent.”

Many coffee lovers who are brave enough give it up for Lent. People who get so used to having coffee each morning will actually start having headaches and other sicknesses when they stop drinking it. Many people use Lent as another reason to try to make themselves rely on it less.

Another popular thing to do during Lent, rather than give something up, is to vow to do something each day that builds a person’s faith.

Senior Julianne Nichter says, “I decided to live life more mindfully because I have lately been very caught up in my daily activities that I realize will not even matter in the grand scheme of things.”

Just as it can be difficult to find something to give up, it is also hard to pick the perfect activity to do that is still realistic with a person’s schedule. Here are some things that many people do throughout the Lenten season.

Going to mass daily can completely enhance a person’s faith because it will give them a moment to have peace with God as they go off to their busy days. By the time the end of Lent comes, many people continue this tradition because it comes to be such a peaceful thing to have in their day.

You will never regret the time you spend with Jesus.#Lent2017 pic.twitter.com/yfkuDrN5I4

Journaling can be one of the most rewarding actions as many people will keep them for the rest of their lives, holding their memories on each page. However, in many busy schedules, it can be difficult to maintain. It is popular to vow to journal each night throughout the Lenten season so that people can remember their days one by one and use it as another source to pray and talk to God.

Whether someone does this once a week or each day, volunteering is used by thousands across the country to get into the Lenten spirit as they await Easter. Volunteering does not have to be something set up either, it can include something as simple as helping the elderly neighbors with their daily tasks or giving an hour to a family member to help them around the house.

Many people spend hours of their day listening to music. So, during the season of Lent, it is popular to find that this music will be limited to just Christian music, whether in the car, working out, or simply playing it in the background of daily tasks.

Junior Gillian Garcia says, “For Lent this season, I have decided to turn off music in my car for the first 10 minutes and use that time to pray. Hopefully, this will become a habit for me even after Lent is over.”