Seniors No Longer Being Inducted Into NHS 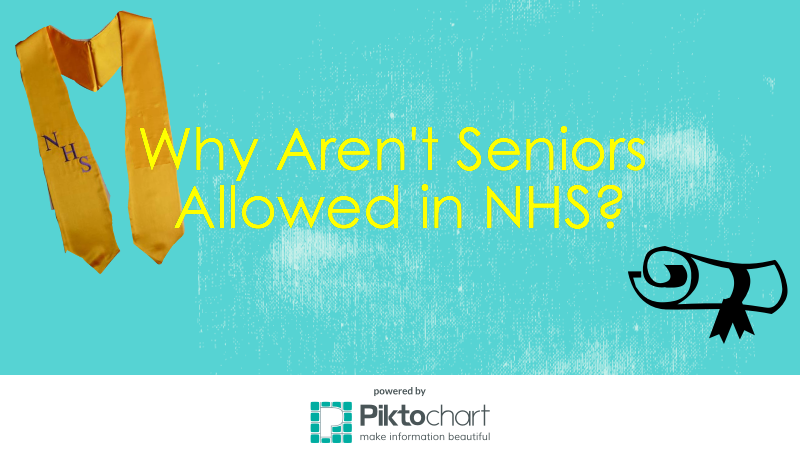 Several seniors are left disappointed since they met the GPA requirement, however, were not inducted into NHS. Photo Credit: Vanessa Alvarez/AchonaOnline

National Honors Society is one of Academy’s most prestigious nationally recognized societies which recognizes students who meet requirements including a 4.2 or higher grade point average for two consecutive semesters and outstanding achievement in service, leadership, and character. According to the NHS website, eligible students must be a sophomore, junior, or senior with a grade point average of a 3.0 on the 4.0 scale. Having met these requirements by first semester senior year, several members of the Class of 2017 are questioning why their eligibility was not recognized by the school.

Moderator and Theology teacher, Brian Butterly says, “The change to not allow graduating seniors is written in the 2010-2011 bylaws of our chapter of NHS,” and this all went into action during the 2011-2012.

Senior Zoe Cuva met the requirements for the honor society this year and says, “It bothers me because the last time we could qualify, I was .01 away from meeting the requirement, and then the next semester I had raised it enough to qualify. I don’t think it’s fair, because we work hard for our grades and we’re not allowed to be recognized at graduation.”

Specifically for seniors, National Honors Society is quite the accomplishment, not only to put down on resumes, but to demonstrate their successes over the last four years by honorably sporting a gold stole at all Academy’s graduation events. In the AHN Chapter, students who have a weighted GPA of a 4.2 and exemplify the qualities scholarship, character, leadership, and service are selected by teachers and then offered membership into NHS. Aside from GPA, service is a vital aspect of not only AHN, but the society itself. After becoming a member, students must meet yearly requirements which include maintaining a certain grade point average as well as completing service and keeping up with the standards of the society.

Butterly, says, “Graduating seniors are not inducted to NHS because they can not fulfill the service project and continued leadership components of induction, also induction usually takes place after Senior Awards.”

Unfortunately, Butterly does not expect the school to repeal these bylaws.

He says, “the reason for being a member of NHS is to foster academic excellence, service to community, and leadership within the academic institution for which you are being inducted. It is impossible for a graduating senior to cultivate the qualities: scholarship, service, leadership, and character when the student no longer attends the institution that has inducted her.”