Where Would They Be If They Weren’t Teaching? 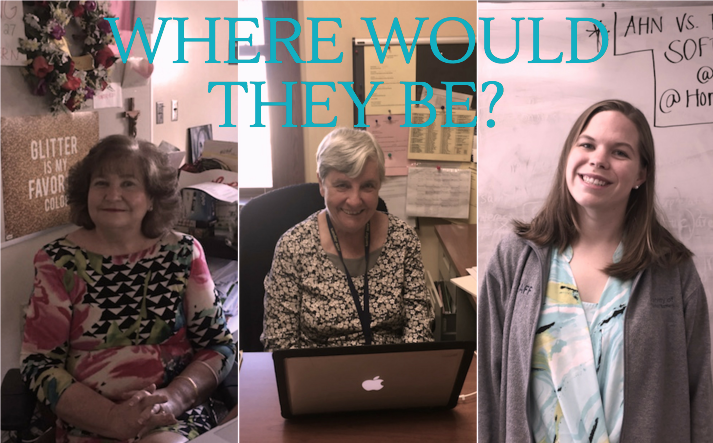 Before they found their true calling, not all of Academy’s faculty and staff had their hearts set on teaching. Photo Credit: Vanessa Alvarez/AchonaOnline

Before finding themselves at AHN, some faculty and staff members had different visions for what their life would be.

Pantelis says, “Originally I wanted to be an OBGYN. My cousin was born around the time I was in high school and I thought it was so cool because the doctor was so good at it and put everyone in the room at ease. That actually is why I wanted to become a counselor.”

Lamm says, “I wanted to be a pediatrician because I wanted to help kids.”

Quire says, “I wanted to be an astronaut. I was always interested in the space program and science. I was planning on being an Aerospace Engineer.”

Anderson says, “I always wanted to be an actress. From the time I was seven and I wrote and directed plays using my mother’s clothesline to make curtains, I  knew that is what I wanted to do. I used to put together music and choreograph dances. When I was in high school, I was involved in drama, chorus, and in undergrad I studied drama. It was when I met my future husband and fell in “love” with him, and we married that I left the arts. Nevertheless, I did do some performing along the way during our 44 years of marriage as of this year, and I look forward to many more.”

Regan says, “I always wanted to be a teacher. My mother was a teacher and always seemed to love it. There weren’t many options for me at that particular time like there are for you. I liked children and I liked babysitting. I also liked summers free. Amen.”

Chase says, “I always wanted to be a teacher. I love coming to school and I wish we could have school all year long. I enjoy your company. This isn’t like a job for me. I feel like I’m the luckiest person.”
Leave a Comment