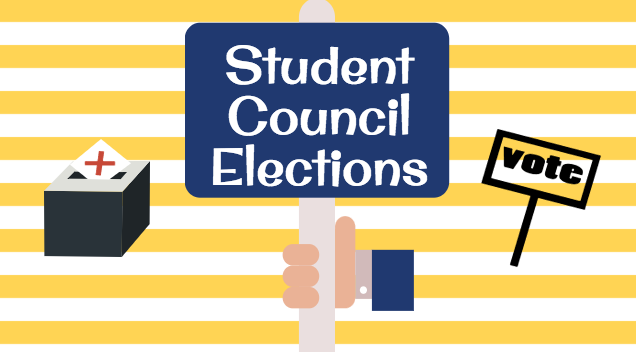 Three students ran for the position of president and three others ran for vice president.

Student Council Elections for the 2017-2018 school year took place on Friday, April 21, 2017. Upcoming Seniors could run for president and vice president and upcoming Juniors could run for corresponding secretary, recording secretary, and treasurer. Sophomores and Freshmen can only be representatives. Students who run for office run through the Florida Association of Student Council and have to attend a camp over the summer called the South Florida Leadership Training Camp. The following students were the candidates for the 2017 Student Council officers .

Haley Palumbo (member since junior year) says “I want to make this school a better place for everyone. It all started Freshman year; I came in as the new kid. I know everyone has felt alone and in need of a friend, and in a school that holds 300 girls, we need to be there for each other. We need to build up our sisterhood here at school first, before it can reach other nations.”

On April 21, at the end of the day the winners of this year’s elections were announced. Alexandra Smith will be the 2017-2018 student body president, Maddie Obregon will be Vice President, Sophie Regano is Corresponding Secretary, Charli Young is Recording Secretary, and Olivia Fernandez is Treasurer.