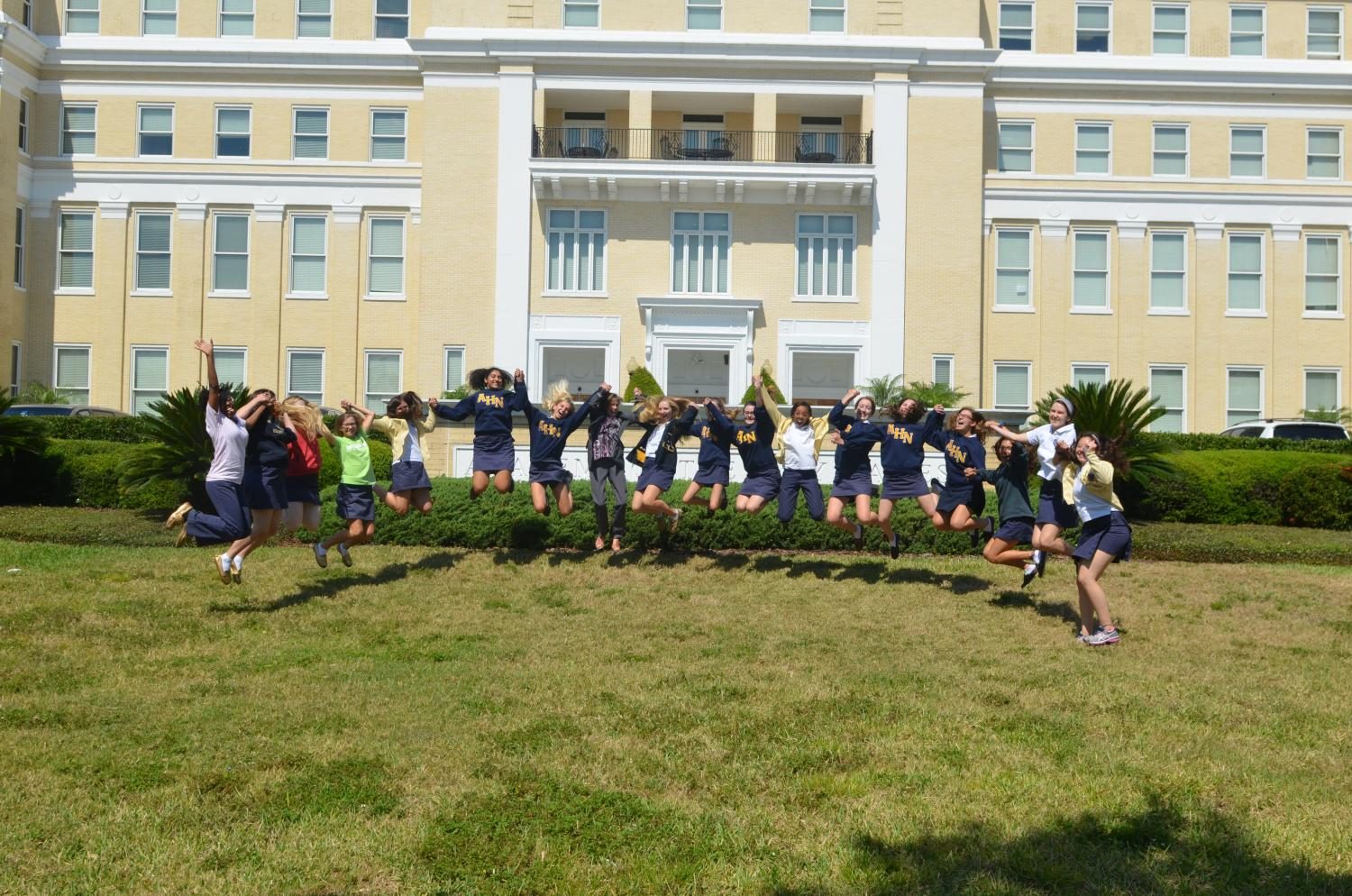 Sharrieff says, “We came together and had a photo shoot of our class because we are all going to miss it.”

Since Academy’s founding in 1881 by French-Canadian nun, Sister Marie Rose Durocher, French language classes have been offered. As such, French is a cornerstone of AHN’s history, but starting in the 2017-2018 school year, Academy will no longer be offering the class due to a lack of interest. Ms. Darlene Lanfranconi has taught both Spanish and French for 28 years; six of which have been at Academy.

“I think that French goes well with art and theatre and some of the greatest movies and plays (Les Miserables, Phantom of the Opera, and Beauty and the Beast) are French. With the growth of the performing arts, I can see the interest of French growing. I hope to see French put back in the curriculum guide with the provision that there need to be enough students for the class to run, because I believe the class has the potential to run again.”

This year, 18 students are completing French III, but have been informed this will be the last year to take the class. Many are upset they will no longer be able to take the course but are content with what they have learned while taking French.

Junior Talia Sharrieff is currently taking her third and final year of French and says, “I’m going to miss French so much next year. We’ve been the same little group for the past three years and it’s going to be so different since this is all that has stayed constant since I’ve been at Academy. Our little class has had the funniest to the most dramatic moments and I’m thankful for it all. I love Lanfran too.”

Taking French online is an option for the students wanting to complete the course.

Sophomore Bailly Gray says, “I’m going to take AP French online next year, because my family is French and my dad and I speak to each other in French, so I want to continue to course to further my understanding of the language.”