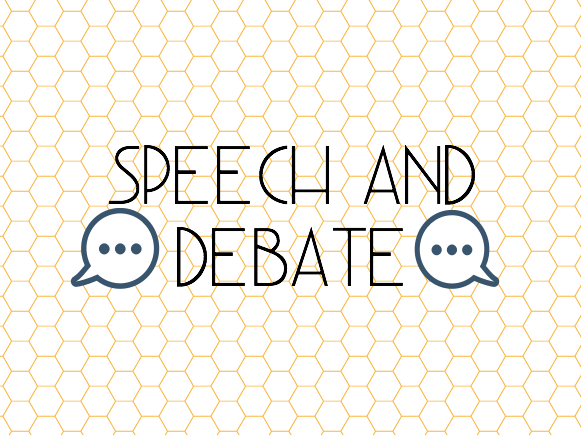 On May 6 in Lakeland, FL, Sophomore Hira Khan was invited by the Rotary International’s District Governor, Winnie Marvel, to deliver her contest-winning speech to a large group of incoming Club and District officers.

AHN’s Speech and Debate Club’s moderator Mrs. Jamie Meyer states, “Hira and some other students were given the opportunity to write a speech for the Rotary International’s Local Club in Ybor City. Hira and other sophomore Sydney Lowman were assigned to write a speech regarding ‘Rotary Serving Humanity’. “

The two sophomores had to research all about this topic to find out exactly what the Rotary Club does and how they are serving humanity as an organization.

Hira’s primary focus for her speech was on education in the country of Pakistan, and how groups like Rotary International are really making a difference.

Khan states, “My speech was about illiteracy rates in Pakistan and how it’s completely concerning, as it is ranked 2nd in the world for the least amount of literacy. I discussed how Rotary International has contributed to bringing down the illiteracy rates, and how that is creating a better future for Pakistan.”

After placing first in multiple rounds of the competition, Hira was invited by to give a large number of Rotarians the opportunity to hear her speech for themselves. The Rotarians are made up of businessmen, businesswomen, attorneys, and anybody throughout the District wants to be involved in bettering their community and the world.