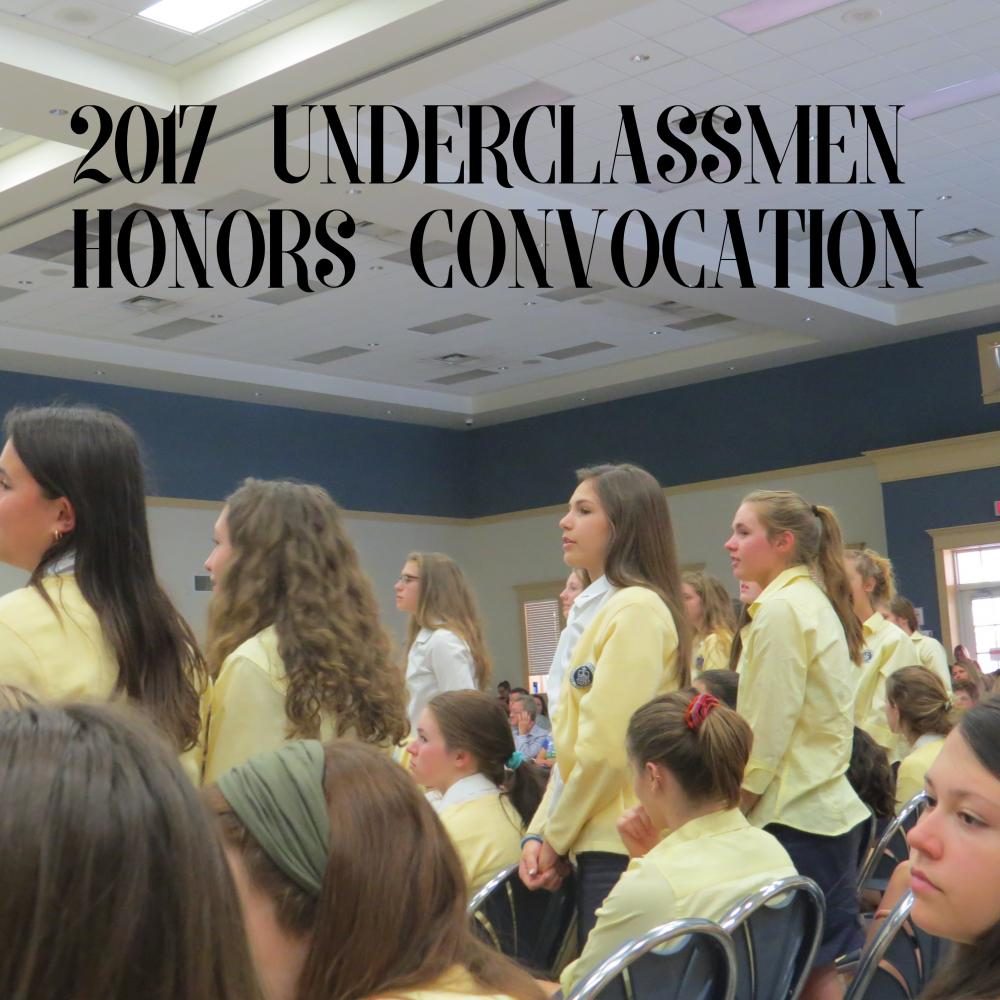 On Thursday, May 18, students from grades 9-11 gathered in the Brady Center to celebrate each other’s achievements from throughout the school year. Every year, AHN hosts this ceremony to recognize students who have in their academics and character, and those who have done an outstanding amount of community service that year.

After being welcoming the faculty, underclassmen student body, family members, and special guests, Principal Stephanie Nitchals began the ceremony in prayer. Soon after concluding the opening prayer, Principal Nitchals acknowledged the 2016-2017 Student Council Officers and Representatives, and recognized the 2017-2018 Student Council Officers and Representatives for next school year.

After welcoming the new student council members, Principal Nitchals congratulated the following students for their achievements.

Listed below are all the awards given out during the ceremony and who received them. 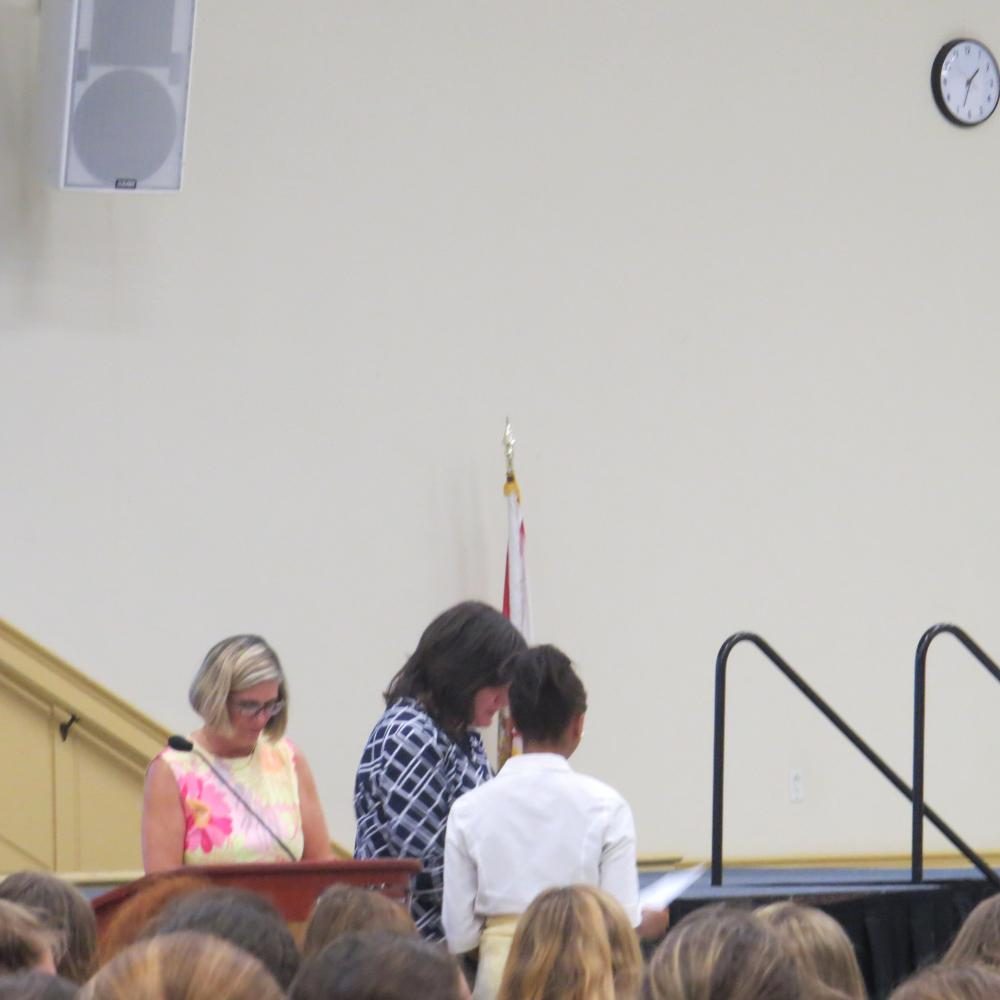 This year’s “Student of the Year” were given to: 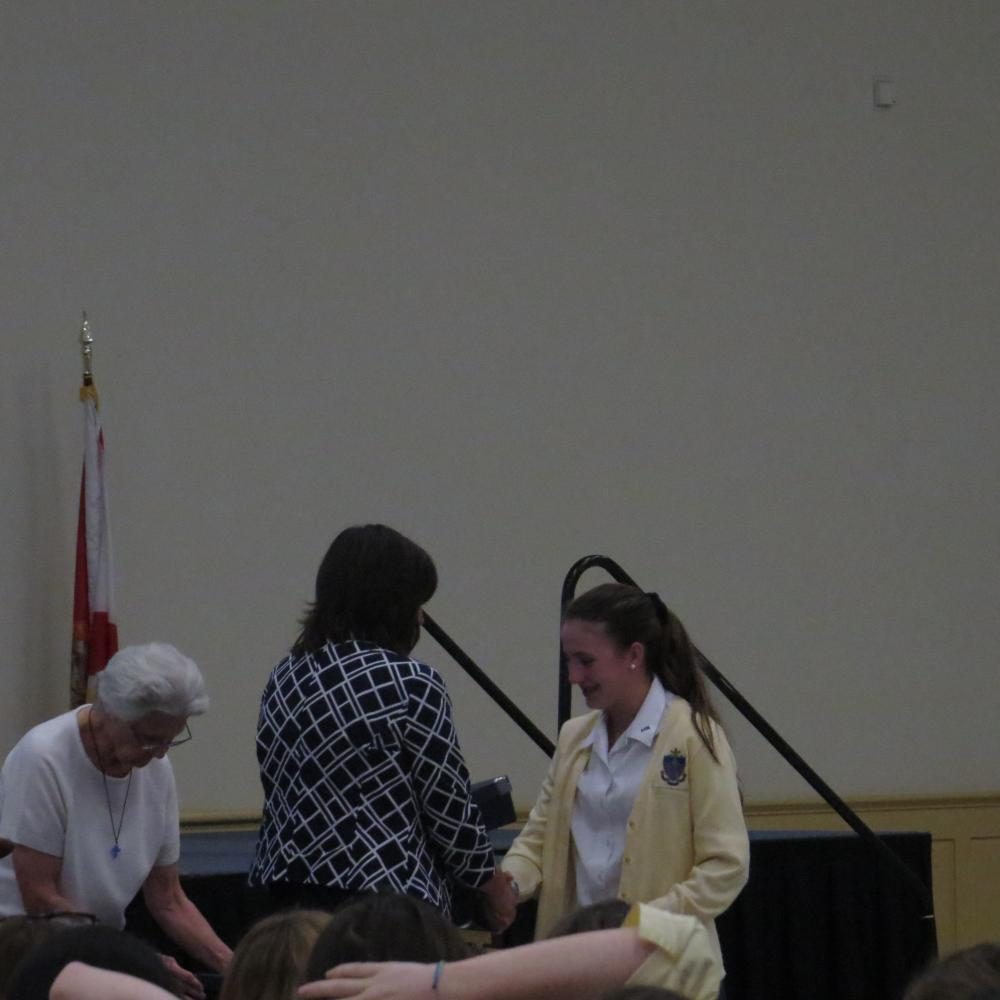