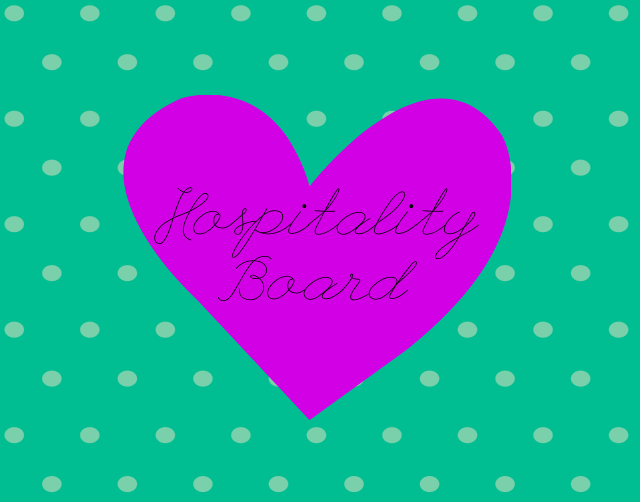 AHN Student Council began a Hospitality Board outside of Assistant Principal Erin Krukar’s office on the second floor. The new board provides daily announcements, upcoming events, and the sports for the week.

Reagan Finch (’20), a member of the Hospitality Board committee, says, “It was really all Sophia Doussan (’18), she had the idea for the most part and really has headed the project. We went in early on a couple of mornings to help set up. We are thinking of new ideas right now. We really want to do “take if” envelopes – we will probably have those up in the next couple weeks. I also know clubs are going to start putting information up.”

There is also more miscellaneous information such as the Sage Dining menu for the week, inspirational mantras, and weekly quotes.

Director of Marketing and Communications, Emily Wise, says, “Girls definitely have been frequenting the board.”

During the first couple of weeks the board was up, horoscopes for each sign were also provided. However, those have now been taken down due to a student’s worry.

Principal Stephanie Nitchals says, “A student expressed concern to Sister Mary Glavin about the horoscopes being used, only because they are considered against the church – even though they have become so much a part of culture. I don’t think she intended to do harm in anyway. They were beautiful and well done, but we still have to respect the rules of the church, which does not acknowledge horoscopes.”

Overall, the Board has been a really nice addition to the school that has made both students and teachers smile.

“They did a great job and I totally approve of the board,” says math teacher, Anne Mikos.

Juliana Jett (’19) says, “It’s really cute and I think it lightens the mood of the school. I wish there was more stuff like that everywhere.”