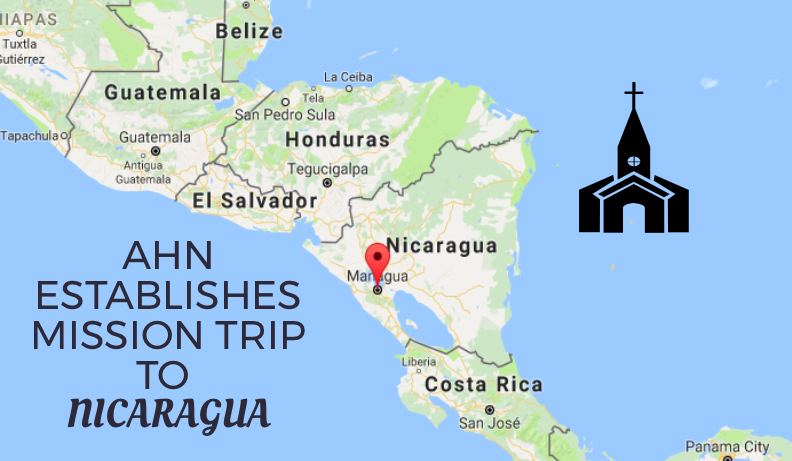 A new mission trip to Nicaragua has been announced for the 2018 missionaries. Twelve girls will have the opportunity to travel to Managua, Nicaragua, the capital city, and stay with Monsignor Miguel Mantica in the St. Francis of Assisi parish.

The missionaries will be working at the church, soup kitchen, and two school locations – one in the parish, and one about five miles away.

The trip was proposed to the AHN administration by Monsignor Mantica and Michelle Duarte, an AHN parent involved in the Christ the King parish Nicaraguan Christian Relief Ministry.

Christ the King parish describes the establishment of the Nicaraguan Relief Ministry as:

“The Nicaraguan Christian Relief Ministry grew out of a miracle that one of our parishioners, Amanda Valle-Peters, received at a healing mass at Christ the King.  A native of Nicaragua, in 1992 she was in need of a heart transplant.  Not only was she cured, but in that healing, she felt the Lord call her to service (James 1:27) to make the most of her new lease on life by making a difference in the lives of others.  Leaving worldly things behind, she founded Nicaraguan Christian Relief Ministries the next year through the guidance of Msgr. Michael Muhr.  With the help of other parishioners like Dave Jeffries, NCRM was incorporated as 501(c)(3) non-profit organization.”

Missionaries can look forward to meeting and working with Monsignor Mantica, an influential social worker in Managua who has established multiple nonprofits.

On the trip, which will go from Sunday, March 11, to Saturday, March 17, the missionaries hope to establish a lasting connection between the people of Managua and future generations of AHN students.

Sierra Wills (’18), said, “Last year, the student body bought bracelets made by women in Nicaragua. We helped them by purchasing their goods here at Academy – now we have the opportunity to actually go and help them in their country.”

The administrators traveling with the missionaries are Vice Principal, Erin Krukar, and math and theology teacher, Megan Dubee.

“I’m excited to have a new trip, go to a new country, and to meet the people of Nicaragua,” Dubee said.

Students can learn more about the Nicaragua trip – and other trips – on PowerSchool Learning  and, for those who attended the Oct. 2 Mission Trip meeting, applications are due by Oct. 12 at break. 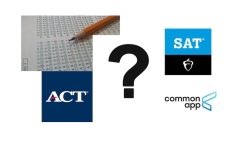 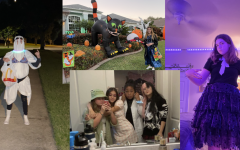