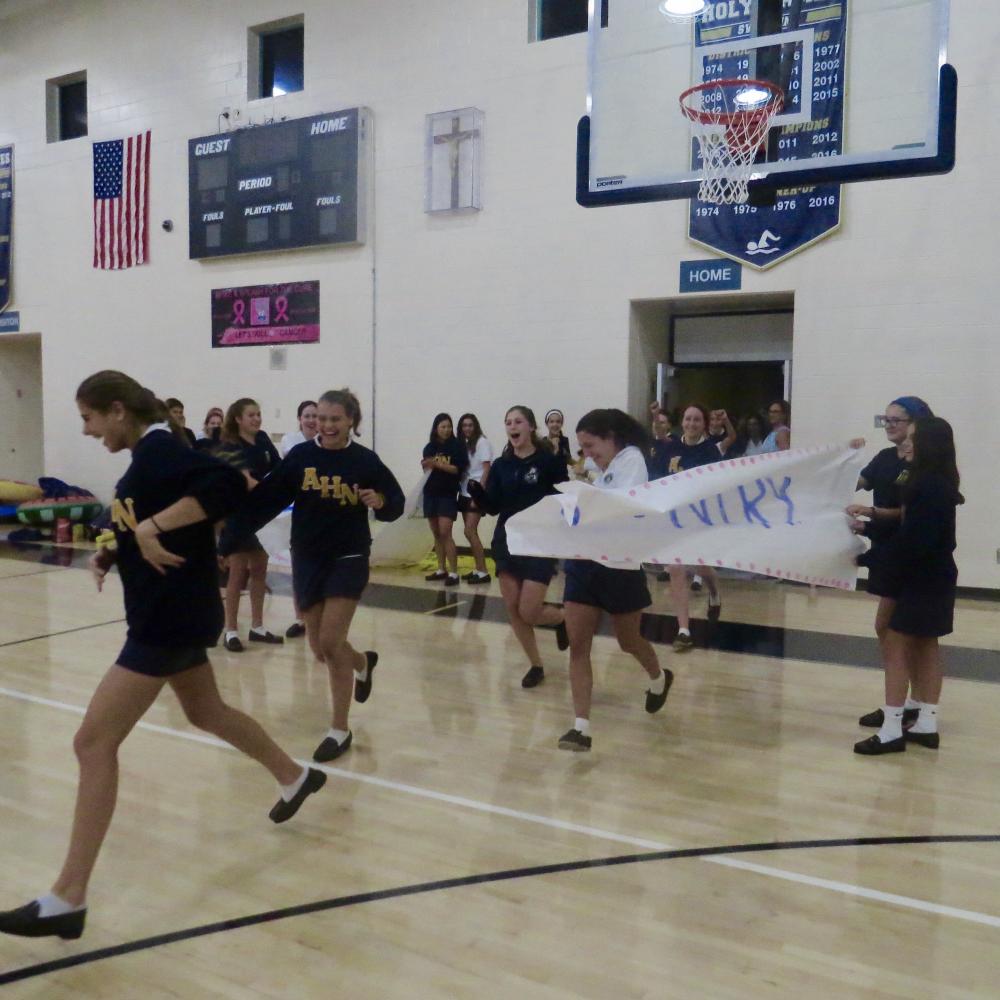 Freshman and sophomores painted the team posters for the athletes to break through for an entrance. Photo Credit: Emily Anderson/Achona Online

Co-presidents Alexandra Fonseca (‘18) and Erica Dierks (‘18) had an idea to implement more pep rallies at the end of the last school year to get students excited for the sport seasons and school in general.

Sophia Tremonti (‘18) said, “I thought it was a good change since usually the student body isn’t involved in sports and a lot of people try to leave early. It was fun because you could see the actual athletes playing the games. I think we should continue having pep rallies for each season: fall, winter, and spring.”

Preparation began about two weeks in advance. Juniors in the club created the games and races the students competed in, ranging from running with inner tubes to spinning around golf clubs.

Many teachers have mentioned it was funny to watch balls getting thrown as the girls tried to run and dodge the flying objects.

“I had fun running the pep rally and listening to the music on the playlist I created,” Dierks said.

Congratulations to the fall sport athletes and Golden Girls for taking part in this new tradition: