Meet the Cinderella Cast and Crew 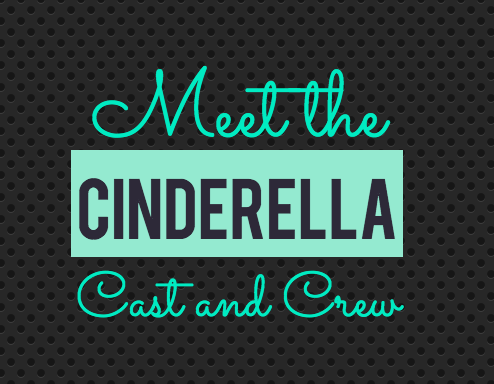 The cast and crew consists of Academy girls from all grades and a few Jesuit boys. Credit: Lauren Pieper/Achona Online

The 2018 Spring Musical at the Academy this year will be  “Cinderella”. Auditions were held on Sept. 22-28, and Friday Sept. 29 the cast list was posted.

This year’s lead is freshman Isabella Ruano (‘21) who take the stage as Ella in all four shows.

She talked about her audition and said, “I did my monologue first, and then I sang ‘In My Own Little Corner’, and then I sang the song of my choice, ‘Goodnight My Someone’ from ‘The Music Man’.”

She is very surprised to have the lead role as an underclassman.

She said, “I did not think I had a good chance of getting Ella, because there were a lot of good people there. I’ve never gotten a main role in a play before. I’ve done plays a lot of times at my old school, I’ve had main roles, but never the lead.”

Rurano discovered she got the lead through one of her fellow cast mates Nyla Jacobs (‘18). She said, “I found out from Nyla I was so shocked I was like ‘whoa whoa whoa’ I was so happy I kept hugging Nyla.”

Overall, Ruano could not be more thrilled to be a part of the production, and is ready to take on the main role. “I’m excited for everything, and the costumes, oh my gosh, I bet they’ll be so cool,” said Ruano.

Cast members are ready to work hard to ensure that the show is perfect. Mary Kelly Cardillo (‘20) is one of the Ballroom Dancers. After seeing “Footloose” last year, she was interested in being a part of this years production.

“Some of my friends were in the play last year and it looked like a lot of fun, so I wanted to do it,” said Cardillo.

She said, “ I’m looking forward to it. I’m excited that we are in the Bailey Center now, and she [ Kimbler] told us that props will be swinging in, so I’m excited to see how that works.”

The first cast and crew meeting, excluding the Quarter Notes, will be on Sunday, Oct. 8, in the Bailey Center from 5:00 p.m.-6:30 p.m. The meeting will entail giving out scripts and rehearsal schedules, measuring for costumes, and headshots will be taken.

The cast and crew of Cinderella includes: