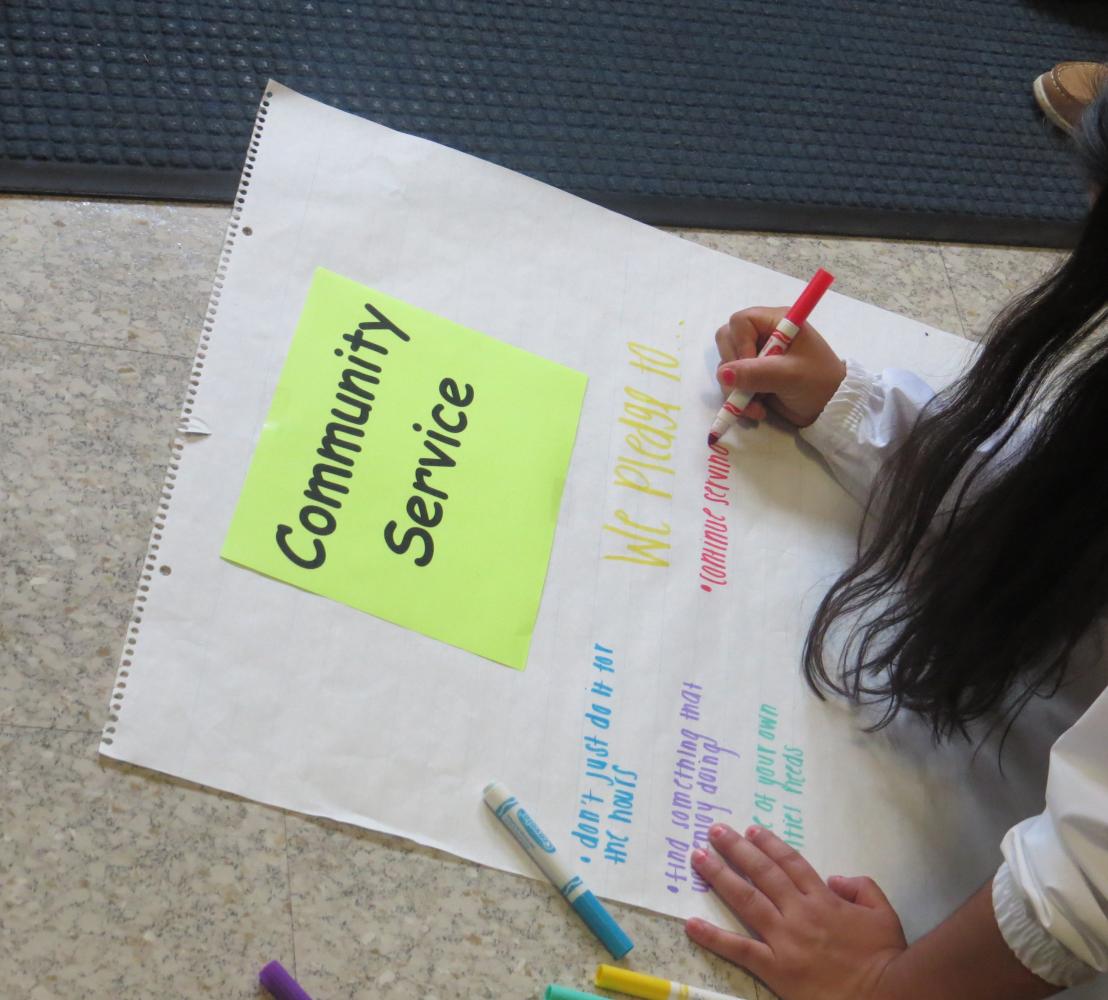 Senior recollection day was originally planned to be held on Friday Sept. 8, 2017, but was rescheduled due to the the five days cancelled during Hurricane Irma. Instead of a full day at the Bethany Center, Academy decided to host a mini Recollection Day on Thursday Oct. 5, 2017 from 8:00 a.m. until 10:00 a.m. in Brady Center North.

This retreat was planned and coordinated by Katie Holland, Academy’s Director of Campus Ministry.

Holland said, “The overall goal of this retreat is to reflect on how the seniors can make the most of the senior year and the legacy that with stay after they graduate.”

The recollection day was led by seniors who guided small group and gave talks. The talks were given by Audrey Diaz (‘18), Christina Suarez-Solar (‘18), and Lyric Vickers(‘18). Diaz and Suarez-Solar discussed the importance of sharing personal gifts and using them to leave a legacy. Later in the event Vickers elaborated on what should legacy the senior class with leave with be.

Macy McConnie (’18), a small group leader, said “I wish we would’ve had the whole day, because we would’ve had more time for impactful discussions to allow us to have more bonding between all of us.”

The morning was designed to reflect on senior year so far,what’s to come, and what it means to leave a legacy. Seniors were able to dedicate the morning to growing closer, and creating a spiritual bond as sisters. At the end they split up into small groups and wrote a pledge to underclassmen and faculty of what they promise to do in order to leave a positive legacy.

Amanda Lazzara (’18) said, “I liked breaking up into small groups because we got to talk with classmates I wouldn’t normally talk to and I also enjoyed listening to all the groups pledges to the underclassmen because it made me realize the legacy we leave on the school.”