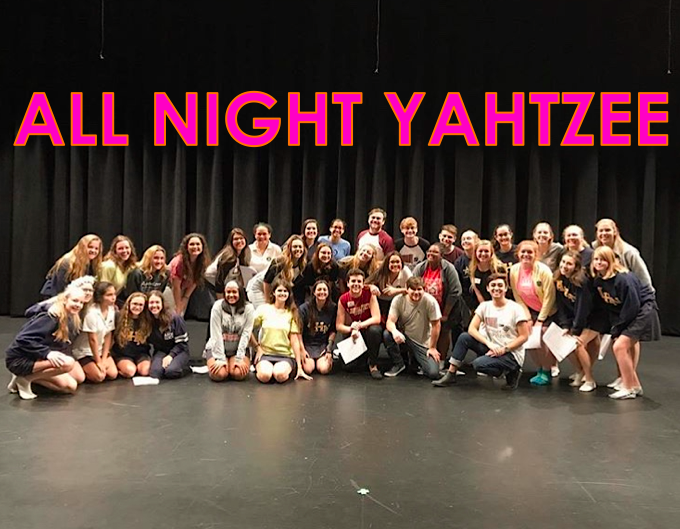 In 2017 All Night Yahtzee placed 3rd at The BOSS, an a-cappella festival and they were a CARA Nominee for Best Mixed Collegiate Arrangement.

In the fall of 1998, Brian Haverkate assembled a group of singers who needed no instrumental accompaniment – and thus a-cappella music was brought to FSU. All-Night Yahtzee, held their first concert in the spring of 1999. All-Night Yahtzee has grown into one of the most noted groups in the nation and has received various awards and recognitions. Yahtzee tours Florida every winter and spring and has also been featured on the Pitch-Perfect reality TV series, “Sing It On”, on Pop Network.

In an interview with A-Cappella Blog, their director Chris Diaz mentions one of their favorite songs to sing: “there are certain songs that I like singing for different reasons. I’d probably have to say “Chariot” though, only because it’s such a passionate song and when we sang it at ICCA two years ago, I felt so inspired by the energy we shared when singing it together.”

The event was put together by, music teacher Viviane Kimbler with help from the AHN Chorus, The Quarter Notes.

Kimbler said, “FSU has a strong vocal program and I want the girls to be exposed to that.”

All Night Yahtzee also took the time to visit Kimbler’s class the day of their performance. Christina Alarcon (‘18) said, “The group was really nice and it was fun getting to sing with them; they were a very talented group.”

Christina Suarez Solar (‘18) said, “About half of the Quarter Notes performed one of the songs, “Never Forget You”, by Zara Larsson, with the Yahtzee group! We met them and practiced for the show in class on Friday morning. Then, after school at around 5 p.m. we all met again in the Bailey Center to practice our formation and the song once again.”