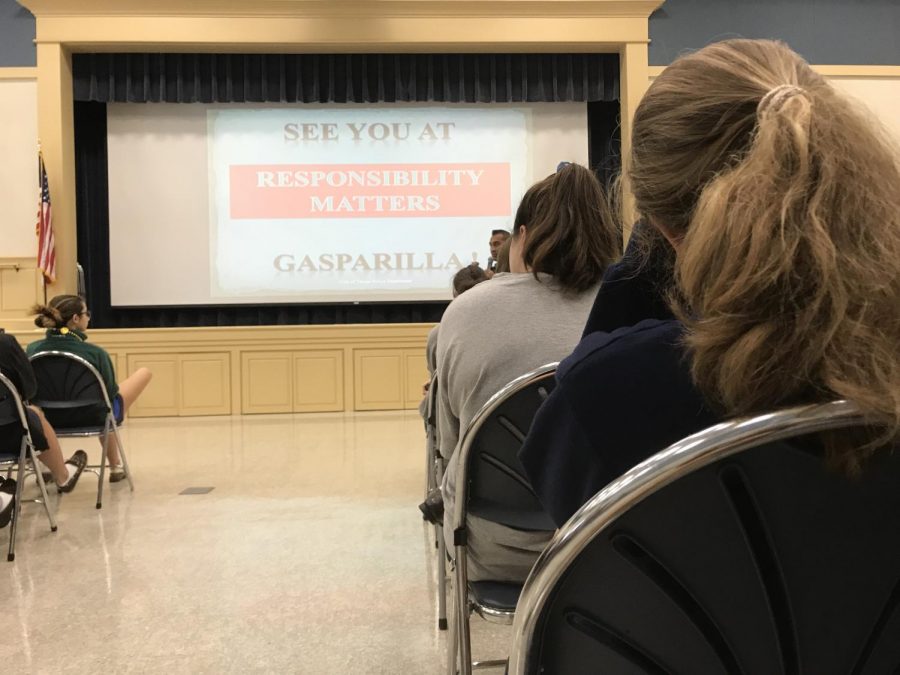 “My overall take away was to make good decisions because my future could be taken away in a split second if something were to go wrong,” says Claire Obeck (’18). Photo Credit: Sam Garateix/ Achona Online

Over the past ten years, Tampa Police Department has worked diligently to bring Gasparilla back to its original purpose, to be a family-friendly event that brings the community together.

“I feel like we are sometimes so oblivious to the protection they provide”, says Claire Obeck (‘18).

Total Arrests over the past ten years:

Tampa Police Department hopes to keep the number of arrests and citations at a decreasing rate from past years. TPD will be enforcing fines for drinking in public for adults. For the first offense the fine is $75.00, second offense is $150.00, third offense is $300.00, and fourth offense is $450.00. After this, adults who are found in violation of drinking in public will be placed in jail.

Officer Shaun wanted to ensure that Academy students understood that if they violate any of these laws they will be taken to jail and spend at least 12 hours in a holding cell. Academy upperclassmen seemed to respond positively to the presentation given by Officer Shaun.  Allie Kimpland (‘18) says, “I think the most important part of the assembly was that they [Tampa Police Department] really put an emphasis on how strict they will be on underage drinking.”

“What stuck with me the most was that he (Officer Shaun) and the rest of his unit plan for this event so far in advance in order to make sure we all stay safe,” says Obeck.