Trouble for Students in the Parking Garage 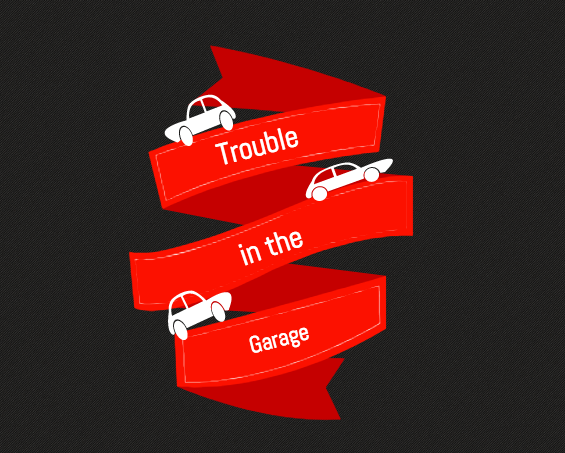 The AHN parking garage was built where the track used to be. Photo Credit: Lauren Pieper/ Achona Online

Every year, Academy students pay for an assigned parking spot.  When they arrive to school and discover there is a car parked where they are supposed to be, it is a predicament.

This is a reoccurring trend that has gone on throughout the 2016-2017 and 2017-2018 school years. The effects this has on students is it makes them late for school and puts them in a bad mood all day.

“It’s just so annoying, it happened to me like three or four times,” said Olivia Traud (’18),” and it seems to happen back to back I think it’s because I have the closest parking spot to the gym because it is easy to get in and out of.”

Traud has even witnessed someone parking in her spot.

“One time I pulled in and a woman was in my spot, so my sister got out of the car to tell her it was my spot, and when she left my spot she went and parked in a different student one,” she said.

Although this does not happen everyday, it does not mean that non-AHN students are causing difficulties each morning and afternoon in the garage. Parents drop their children off and pick them up in the middle of the entrance of the garage. This leads to a backup of cars and puts students at higher risk of getting into an accident.

Mckenzie Holmes (‘18) has had several encounters in the garage.

She said, “Last year, I was behind a person dropping a student off, and they waved me to go on, so I did, but then they did a wide u-turn and almost hit me head on. Then they made angry gestures at me.”

There are some solutions to solving this parking predicament.

“If I am getting picked up across the bridge, my mom will pull into the teacher lot and I walk to her car so there is no backup in the garage,” said Evelyn Martinez (‘18).

These solutions would assist both students and outside drivers in safety.

Emily Venezia (‘18) said, “Just last week, a parent almost hit me as I was driving to my spot. Understandably it was an accident, however I have witnessed multiple parents never even turn their head to look behind them. A simple security guard standing at the entrance and deterring parents dropping off their children, would be enough.”

There has been much notice brought to the administrations attention about this.

She said, “If there is a car in your spot, check to see if there is a valid tag in the window, and if it is a student report to me, as well as if it is a parent.”

Administrators are aware of this and do try their best to eliminate the issue, but unfortunately there is no for sure way to prevent the issue entirely.

“It’s going to keep happening,” said Hathaway “because there is a lack of respect and people assume because a spot is open that it is available.”

Hathaway has noticed a decrease in the amount of spots being taken.

“A lot of issues have been resolved. Especially since there are empty spots for visitors that students can park in if someone is in their spot.”

She has thought of some more extensive solutions to the issue, but they have not worked out.

“I thought about putting a chip in the hang tag so only students can get in, but it costs three times as much,” Hathaway says.