Academy Girls Learn About Their Personality 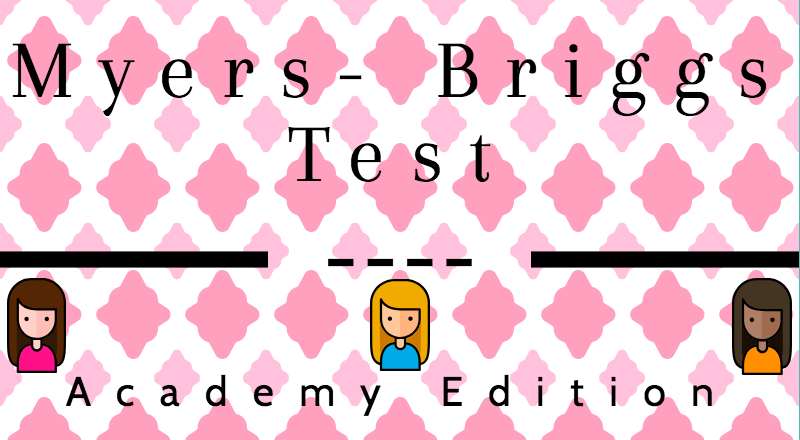 According to the Huffpost, the Myers-Briggs test is among the top five personality tests and is considered one of the most accurate.

The Myers-Briggs personality test claims users should take the test to receive a “freakishly accurate” description of their personality. After completing the test, participators will be taken to a personal webpage depicting their strengths and weaknesses, relationships, and possible career paths.

The test was created by the mother-daughter partnership of Katharine Briggs and Isabel Briggs Myers, which is an adaptation of original psychological types created by Carl Gustav. There are 16 possible personality types to be classified in when taking the test:

Many Academy students have started to take the test in classes as assignments to learn more about their personality, for example in Sister Mary Glavin’s Senior Christian Lifestyles class.

While the test is accurate most of the time, some girls were surprised with their results. Senior Jessica Prossen says, “When I was looking at my results I noticed that I was split in the middle of extroverted and introverted, which was weird for me, because I have always thought of myself to be more extroverted. I guess now I just have the best of both worlds.”

Senior Hannah Rodriguez says, “Mrs. Pendleton had our AP Lit class take the test. I got the consul personality type. It was really interesting because other tests have never worked well for me. This one was really accurate and I was surprised because I felt it was actually describing me, not just the generic version that everyone gets.”

Some students have taken the test for fun to learn more about themselves and to see if the test is as accurate as claimed.

Senior Audrey Gabbard says, “When I took the test I had no idea it was going to be so spot on. I got advocate which means I am introverted, intuitive, feeling, judging, and turbulent. I was reading all the information and it was so correct it was scary. I felt like the test was describing me personally.”