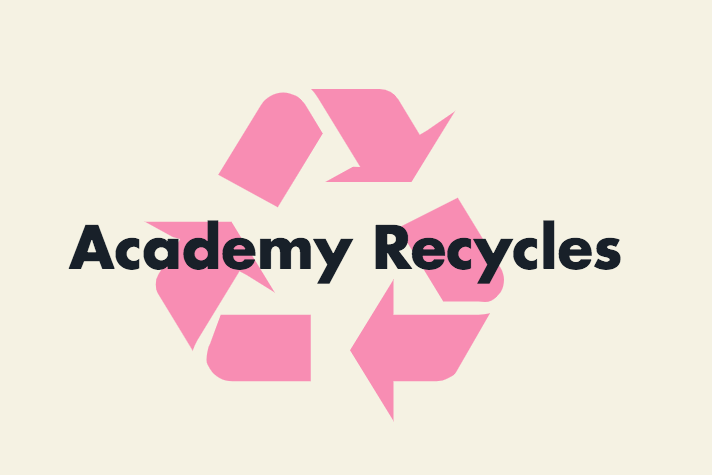 The United States throws away $11.4 billion worth of recyclable containers and packaging every year.

This year, Academy is more eco-friendly because they have added recycling bins in every classroom to encourage students and staff to recycle. The bins have been placed next to trash cans so that recycling is just as easy as throwing things away. In the average trashcan, as much as 50% of waste could be composted.

Not all students know the bins are in every classroom and are not sure what can and cannot be recycled. As a result, they throw recyclables away instead of recycling.

“I have not noticed the new bins. I think I haven’t noticed because they are on the floor, and we haven’t been informed that they were put into place. I often have plastic water bottles, and I always throw them away because I did not know the bins were there,” says Brianna Benito (’19).

With the recycling bins in place, students need to know what can and cannot be recycled.

Some students have already noticed the new bins, and are putting more effort into recycling. The easiest thing to recycle is plastic bottles, but the liquid needs to be removed before recycling the bottle.

“I have seen the new recycling bins in every class. With them there, I try to recycle as much as I can. I usually end up putting my empty plastic water bottle in them,” says Fallon Flaharty (‘19).

Plastic bottle caps cannot always be recycled because they are made of a different type of plastic. Most recycling programs will make a point if they do not want the caps recycled. AHN has not specified whether or not to take off the caps.

Chloe Kruszewski (’19) recycles as much as she can.

“I know it is not good [to recycle bottle caps] because it can cause problems when they try to recycle the actual plastic bottles. I’ve been told to throw away the bottle caps in the trash before I recycle my bottle,”  says Kruszewski. 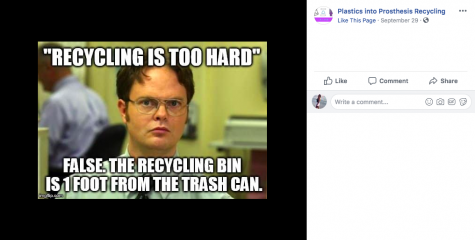