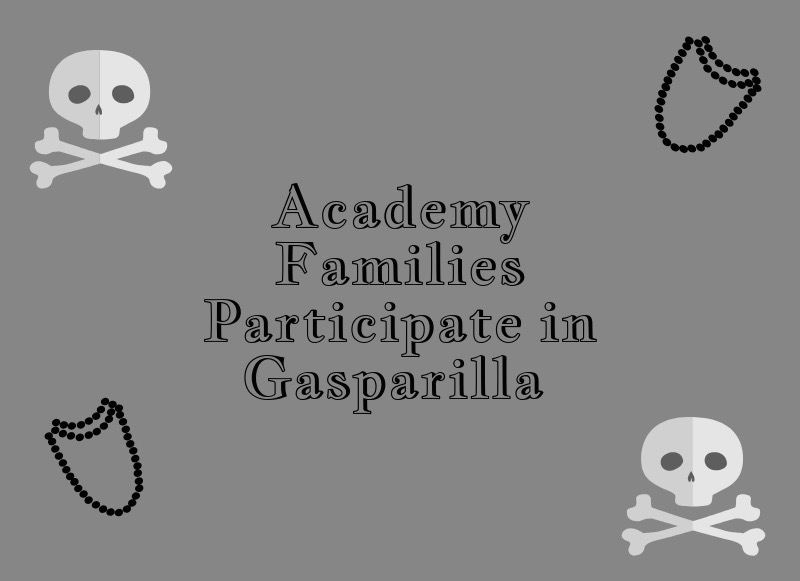 The first Gasparilla was in May 1904.

Each year over 300,000 people attend Tampa’s annual day parade, Gasparilla. The parade on Bayshore is followed by the boat parade that circles Davis Island and goes through Downtown and Channelside.

In order to be a part of the parade, you have to have some connection to a company, organization, or person a part of the float. In fact, many families participate in the Gasparilla parade every year.

“My dad is a member of YMKG so he participates in the parade and is on a committee that visits hospitals and nursing homes before the parade. My mom goes on the wives’ boat the day of the parade, while my brother, sister, and I go in separate tents and catch beads and enjoy the parade,” says Madeline Brooker (‘20)

The YMKG Krewe contains a lot of Academy fathers and they spend all day dressed as pirates in full makeup and costume.

Morgan Farrior (‘19) says, “My dad usually wakes up around 5 or 6 in the morning to meet up with the other pirates and get their makeup done. Then, he will usually go to the yacht club to get on the big pirate ship and do the flotilla invasion. After that, they get bussed to their floats and walk the parade route.”

Gasparilla includes the mayor, Bob Buckhorn, in the parade as well.

Not only do parents participate in the parade, but students as well. This year, Riley Kayton (’19) was involved in throwing at beads and riding on the float.

Kayton says, “I got to go on the float with the Krewe of Sir Francis Drake. It was super fun to see all of the excitement on the faces of people who I threw beads to and it was a great experience!”