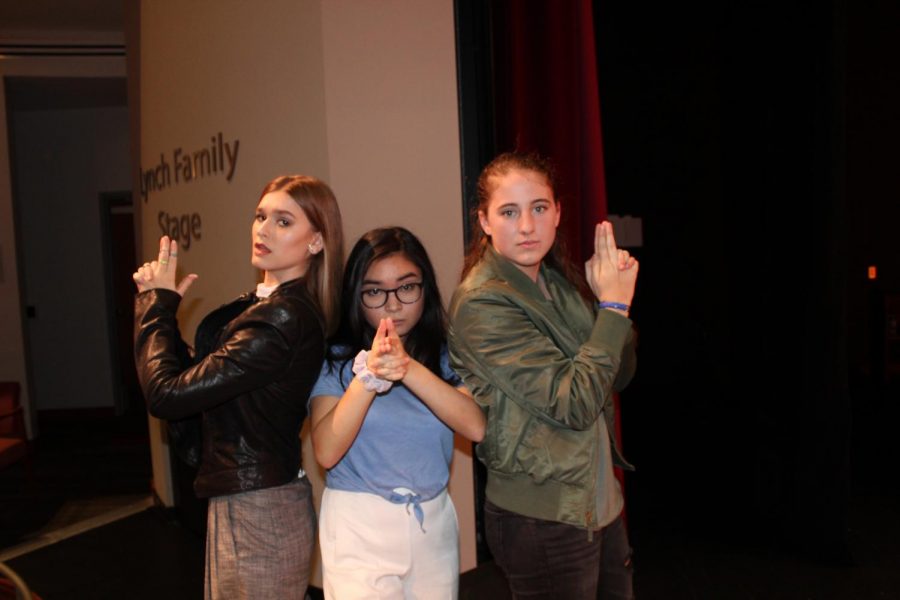 The trio’s group name is “Peanut Butter, Jellies, and Jam,” though Lamoureux and Huerta admit they do not know which one of them is which.

The Senior Talent Show took place in the Bailey Center at 6:00 p.m. on Sunday, Feb. 10. The money raised by tickets purchased for the show, as well as the money spent on baked goods sold at the show, goes towards this senior class’s Endowment Fund.

In the week prior to the show, the senior class’s representatives set up jars in the foyer on the second floor for students to place their vote on whose act they believed would win the show.

Seniors Isabella Bahr and Juliana Jett served as the emcees for this year’s talent show.

Though the act did not place, Juniors Regan Finch and Tress Jacob’s performance of “Hey Ya!” by OutKast, a tribute to their friendship, was a fan favorite.

Finch says, “It was surprisingly not nerve-wracking. We’ve performed together already during Music Month and during Spirit Week. We did not win, but we won in our hearts.” 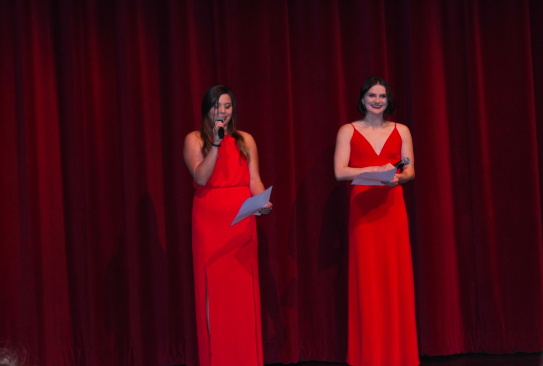 Gallery|8 Photos
Photo Credit: Isabella Thorpe/Achona Online
Bahr says of this opportunity, “I am so happy to have a memorable role in this year’s talent show; it will be something that I always cherish.”
Leave a Comment