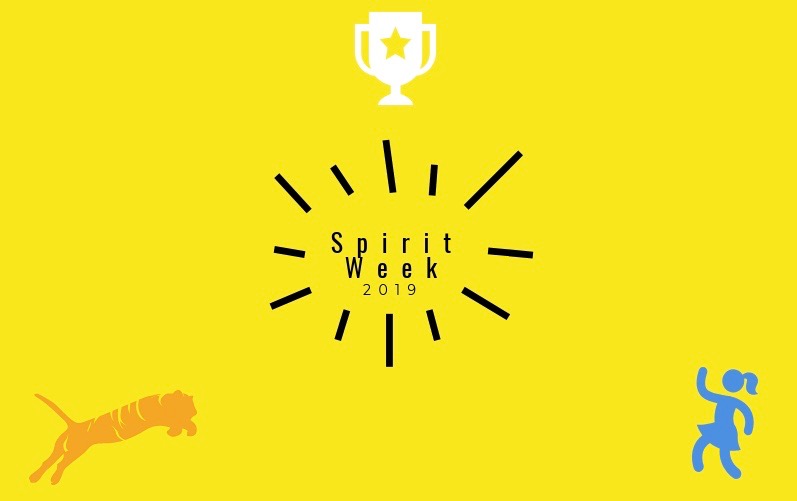 This is the second year that Spirit Week is held the week of prom. In previous years, it has been during Catholic Schools Week.

Spirit Week, held by the Golden Girls Club, is a week consisted of dressing up to themes, activities, and gaining spirit points. Spirit points are points that can be obtained by winning the dress up contest and the activities as well.

Spirit Week is held the week of prom, which was changed two years ago. Originally, Spirit Week was held during Catholic Schools Week, but Golden Girls recently changed it to the week of prom to get students excited and prepared for prom at the end of the week.

Each year, Golden Girls comes up with themes for each day and then specifically for each grade. For example, the day’s theme could be movies, and each specific grade would be assigned a different movie.

Monday, the activity was called “Guess the Vine.” Screenshots of vines, an old social media platform where users could post six second videos, were projected onto the screen. Students from each grade wrote down what they believe the vine said on a whiteboard. After all the answers were submitted, the vine played on the board, and the first grade to submit the correct answer got points. As a result, the seniors and juniors tied for first, sophomores got second, and freshmen got last.

Also, Monday was the annual PowderPuff game where juniors play seniors in a game of flag football. The seniors won 22-0, but they did not gain any spirit points from this event.

For the PowderPuff game, the two teams get football coaches that will coach their team in order to help run plays and to hype them up.

Since Tuesday did not have any activities, the only way to win spirit points was through the best dressed competition. The winner for Twin Tuesday was the seniors.

Since Thursday did not have any activities, the winner for the best dressed was the seniors again with Hannah Smallwood dressing up identical to Beth Chase, one of Academy’s history teachers.

Friday, the activities were Just Dance, Decades Trivia, and Karaoke. Trivia was the only game that allowed the grades to win points. As a result, the juniors won the trivia contest, allowing them to be tied for third place with the sophomores at 750 points.

Lastly, the winner for Friday’s best dressed was the freshmen.

Overall, the grade with the most spirit points was the seniors with 1100 points. The sophomores and freshmen tied with 900 points, and the juniors came in last with 975 points.

At the end of Spirit Week, Spirit Night is held, which is a softball and lacrosse game at Academy with the Dad’s Club providing food and drinks for a fun, family friendly event. Students come together to support their fellow classmates and root for victory for their team.