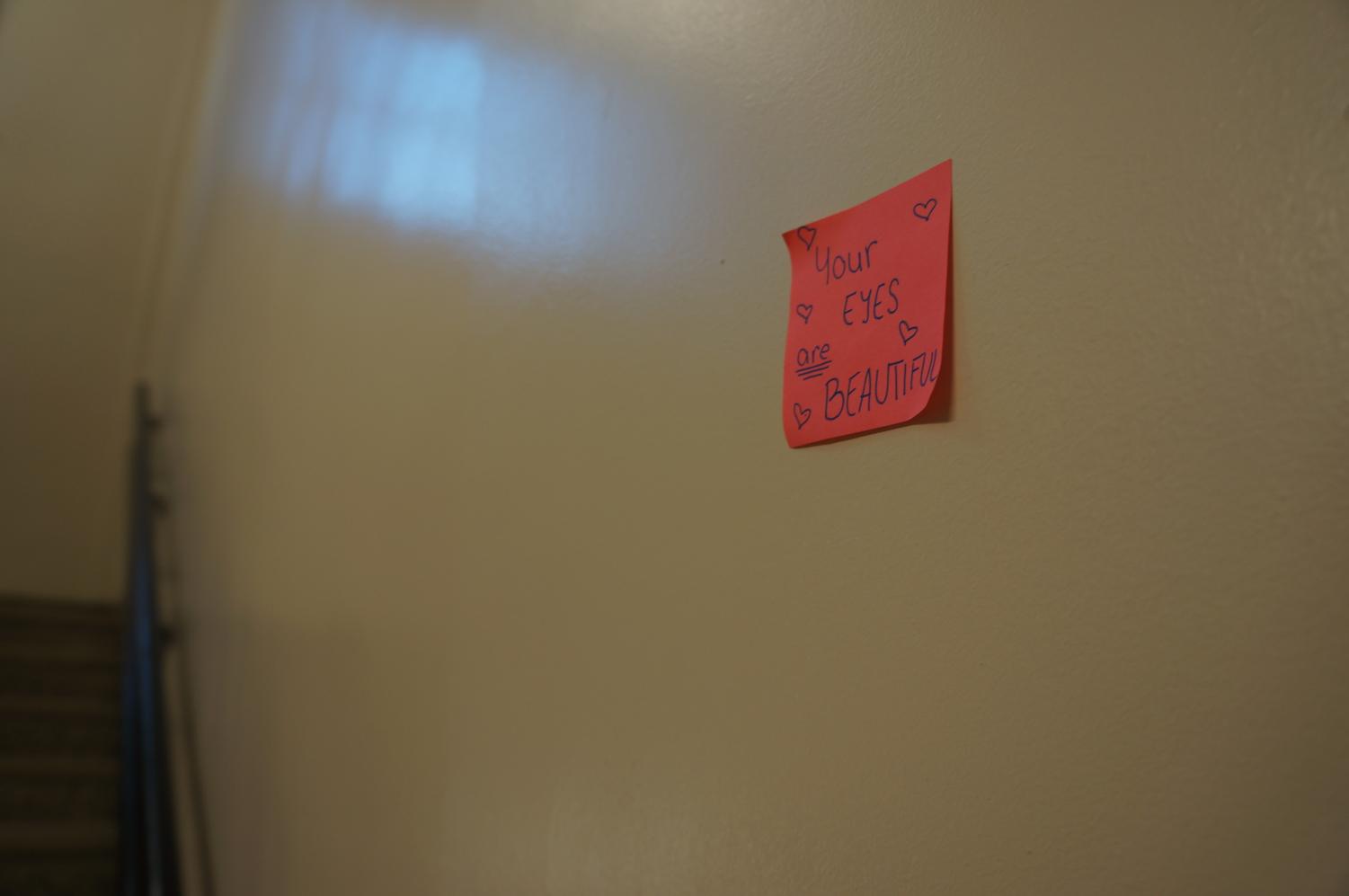 “I thought it [the sticky note she saw] was a good pick-me-up if you are having a hard day,” said Emily Porter (‘22) who also does not know who is behind the impactful sticky notes. ((Photo Credit: Adriana James-Rodil/Achona Online))

“I thought it [the sticky note she saw] was a good pick-me-up if you are having a hard day,” said Emily Porter (‘22) who also does not know who is behind the impactful sticky notes.

Who is Behind the Beautiful, Inspirational Sticky Notes?

Since the start of the school year, Academy students have been noticing colorful, anonymous sticky notes on their lockers, in hallways, and bathrooms which say phrases such as, “You are beautiful!”

Emily Sudderth (‘23) who saw one of the several sticky notes on the staircase said, “It said, ‘Your eyes are beautiful.’ It was just like a nice thing, as I was walking up the stairs, to see. It’s nice to know that everyone supports each other.”

Although World Mental Health Day 2019 is not until Oct. 10, the AHN community has taken active steps to encourage body positivity and good mental health habits early in the school year.

The club POWER (Passionate Outstanding Women Encouraging Respect) started their September Mental Health Challenge. For each day in September, there are simple challenges which put your mental health first and, hopefully, instill long term habits. For instance, on Sept. 25, the challenge is to “Make a list of all the things you love about yourself.”

President of POWER Haven Todd (‘20) said, “I thought creating a calendar for people to challenge themselves to think more positively and trying to change their lives for the better would be something good for the school. A lot of people like the board, and I personally like the board because it’s like things I would not think about doing on a regular [basis]. It’s something I felt passionately about.”

Orama said, “Natalie was in touch with Kendall Bulleit, a graduate from 2017, who is [a] founder of TEDI. Natalie then contacted me and asked if I would want to join her as president. Together, we met with Kendall who has given us all the information and resources we need to continue TEDI. I decided to join Natalie because I know multiple people who struggle with eating disorders. Eating disorders have become a large problem.”

I’ve loved the vibe around here the first few weeks.”

Gillis added, “Grace and I have always volunteered together, and we feel that eating disorders and mental health is such a prevalent issue in our community. We both have seen friends and family suffer from it, and it is a cause that we want to bring awareness to. Our main goal right now is to promote self love and confidence for girls our age and get ready for our festival this February [details coming soon].”

AHN students have realized the rising epidemic of eating disorders and mental health issues and have taken action to combat them, each in their own way.

Yet, the question still lies: Who is behind the anonymous sticky notes? These frightening, astonishing statistics may have been inspiration for whoever has been posting them on student’s lockers, in hallways, and bathroom mirrors.

As each sticky note has different handwriting, it seems it may have been a few people who have been posting them. But, maybe it’s for the better that these notes remain anonymous. It assures students that even strangers are looking out for their well-being and recognize their beauty.

High School Assistant Principal Erin Krukar does not know who has been posting them. Krukar said, “I think it’s better that it’s anonymous. It kind of adds that feeling of a completely random act of kindness you get when you look at the mirror or look at the wall. It definitely brightens my day. Every girl needs to know that they need to feel comfortable in their own skin no matter what. Everybody’s got their own unique qualities. Everybody needs to realize differences are what bring us together and help us work better together.” 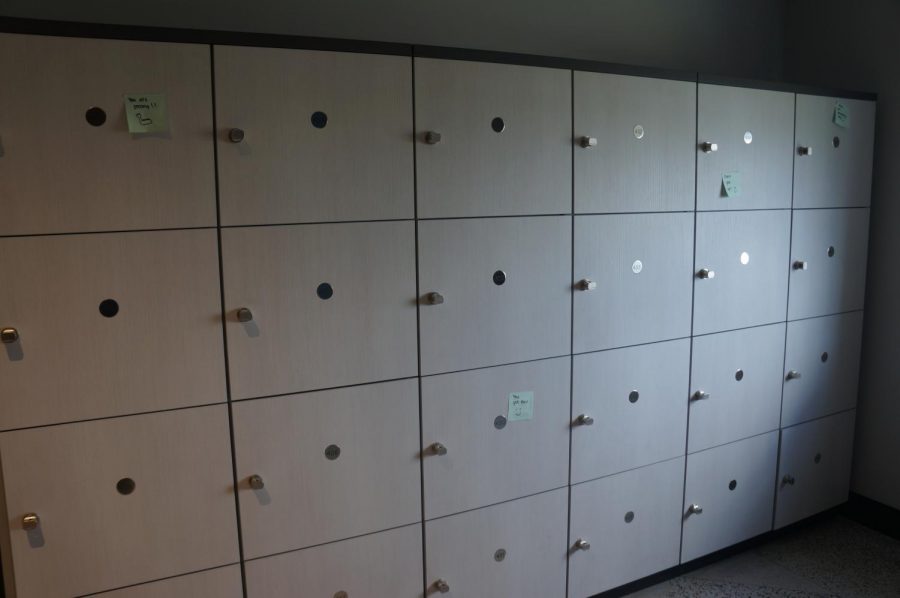