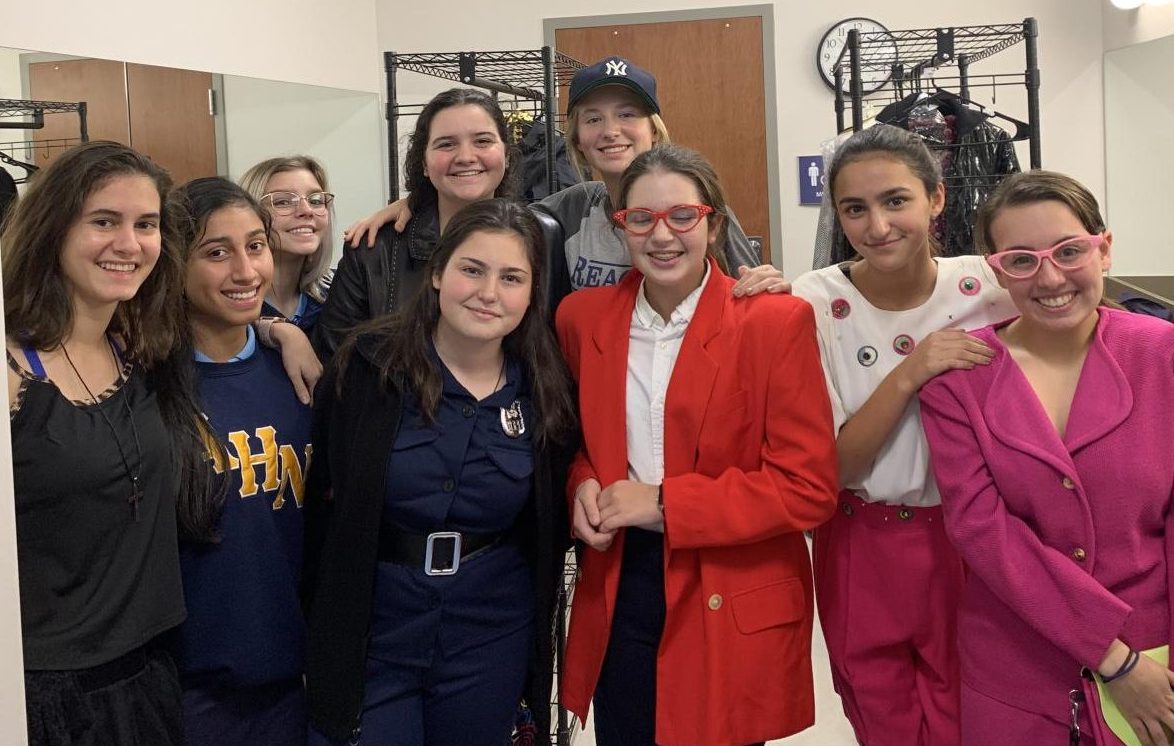 Julianne Bland(‘21) said,”I am part of the stage crew for The Odd Couple. We have been preparing for the play since the first week of school, which is when the cast got their scripts.” ((Photo Credit: Sarahgrace Jaffe/Achona Online))

Julianne Bland(‘21) said,”I am part of the stage crew for The Odd Couple. We have been preparing for the play since the first week of school, which is when the cast got their scripts.”

The Odd Couple is Academy’s fall play. It will premiere November 1-3, 2019. The curtain will open at 7:00 p.m. The tickets are 10 dollars for adults, and 5 dollars for people under the age of 18. It will be held in the Bailey Family Center for the Arts.

The female version of The Odd Couple is about how two women, Olive Madison and Florence Unger come to be friends even though their personalities do not quite match. Olive and a group of her friends are at their weekly Trivial Pursuit  game night at Olive’s messy, disorganized apartment. Florence soon shows up after being dumped by her husband. Olive, feeling bad and scared for Florence’s mental health, invites her to be her roommate. However, we soon find out that Florence and Olive have very different personalities, being that Olive is a mess, and untidy, while Florence is very put together and clean.

The cast got their scripts the first week of school. They have been reading and rehearsing lines since then. The cast consists of eight girls, some playing more than one character. Their rehearsals happen four days a week, and are normally two hours long. However since the week of the play is known as tech week, the rehearsals have been four and a half hours.

Gigi Alfonso (‘23) said, “I play Vera during Act 2. Vera is an airhead. I don’t classify myself like her. However she is a super fun character to play. I only got my script in September because I am only in Act 2. The most challenging part about being in the play is that I am very busy. I am on the swim team, and take straight honors classes, but I would not change anything about my schedule.”

Vivian Kimbler said, “We rehearse four days a week. I direct the girls and energize them. I try to keep their spirits high. I also help them to understand their characters. I prepare sets and get the costumes ready to go. I also help to promote the shows and sell tickets.”

Most of the cast consist of freshman, all of which are new to AHN theatre. The cast gets along very well. They have very good chemistry on stage and there has not been any drama or cat fights.

Abigail Chudzinski (‘23) who plays Olive Madison said, “It is really exciting being a lead as a freshman because I get to take part in such a big thing. It is only my first year and I have met so many new people and gotten very close with a lot of people because the cast is only made up of eight people. I don’t really relate to Olive at all, she is basically a slob, and I am super OCD and I am a perfectionist. So that makes it difficult to get into character.”

Natalia Guzman (‘23) said, “I am playing one of the lead roles, Florence Unger. I have enjoyed being a part of the cast because all of the members are older than me. They give me advice and guidance on how to study for lines and be relaxed on stage. But I don’t really relate to Florence because she’s uptight and I’m loose. It is funny that both me and Abigail are opposites, and play the character opposite us.”