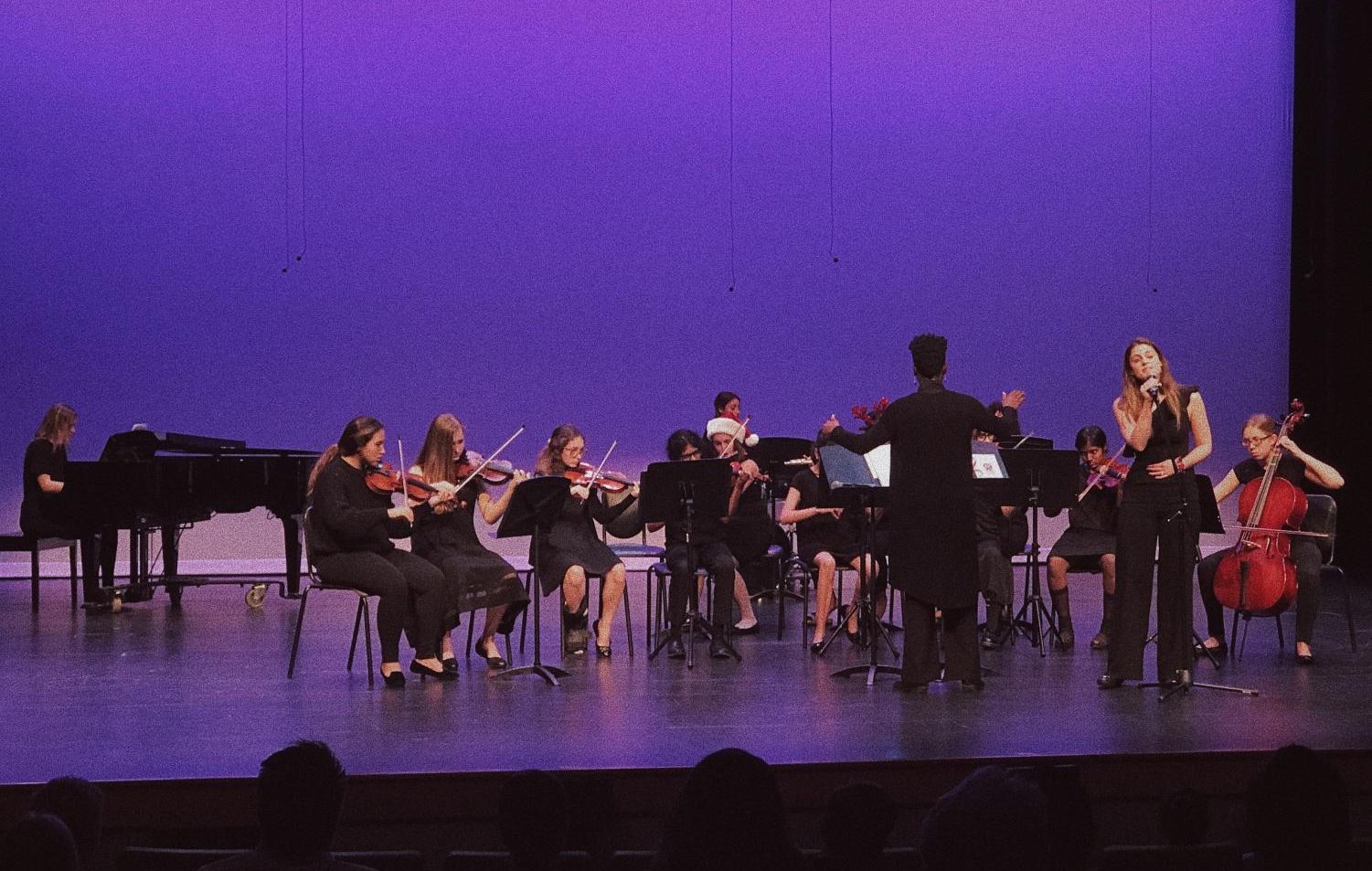 Academy Hosted the first ever Instrumental this year.

The Instrumental concert took place on December 12 at 7 p.m in the Bailey Center for Performing Arts.  The concert consisted of both high school and elementary school.  There was a total of nineteen songs played between the upper and lower school.

The night started out with Macie Ferrer, Kara Kivenas, and Adriana Seise playing the drums.

“I never thought I would be apart of a percussion concert in my life.  I have loved taking percussion and it has taught me so much.  I was so nervous to perform especially because I was the opening act.  Once I saw my family sitting in the audience I felt a lot better.  I am really happy to have been apart of the performance and to have realized how talented my fellow classmates are, said Macie Ferrer (’20).

There were three independent performing artists: Elizabeth Gold (‘21) played the piano,  Jaap (’20) played the clarinet, and Peyton Finn (’20) performed a song she wrote herself while playing the guitar.

“This is my first time performing piano representing Academy and I loved it.  I was really nervous at first but once I started playing the nerves went away and I felt so much love from the audience.  I am looking forward to the concert next semester,” said Elizabeth Gold (’21).

The elementary school band, The Eighth Notes performed after the solo acts.  They played the trumpet, trombone, clarinet, and flute.  They played “Silent Night”, “Joy to the World”, “Away in a Manger”, “Jingle Bells”, “Deck the Holidays”, “Frosty the Snowman”, and “Colors of Christmas.”  They played each song back to back and were very entertaining to watch.

“I went to the Instrumental Christmas Concert to watch my cousin, Macie Ferrer, perform.  The younger kids were so cute and fun to watch.  I was surprised to see how good they were because I know I couldn’t do that at their age.  I am really glad I went to support my cousin and see how hard all of the percussion students have worked, said Grace Orama (’20).

The High School String Ensemble and Percussion played “Burgundian Carol” with Adriana Seise playing the drums.  The Wind Ensemble joined starring freshmen Chloe Patrick, Kyla Monts, and Mykhia Parsley.  Jaap performed a solo act with everyone performing in the background.  Lizzie Gold played the piano while Kara Kivenas played the drums to during the solo performance.  The audience was amazed as Jaap performed ,”O Holy Night.”

The night ended with Finn singing “Have yourself a Merry Little Christmas.”  Ferrer played the drums while Gold played the piano.  The String and Wind Ensemble were performing to the song at the same time, which brought a fabulous ending to the night.

“I really want to be in the music industry when I am older so I love singing in front of crowds.  It meant a lot to me to be a part of Christmas Concert and sing during the last song. I had a really good time and I loved being a part of it,” said Peyton Finn (‘20).