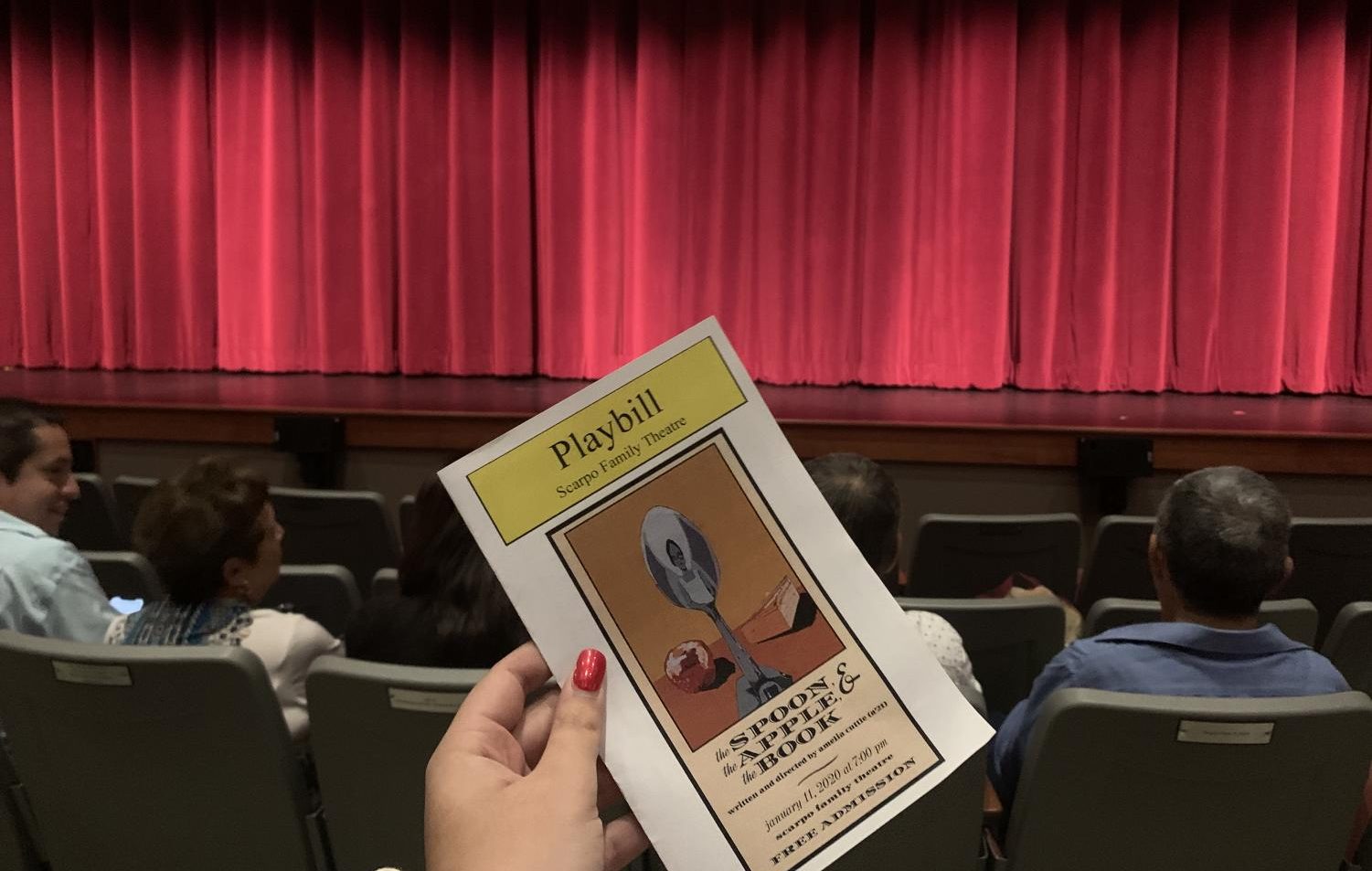 “The Spoon, The Apple, and The Book” was the first play written by an Academy student to receive a “Superior” rating at Thespian districts in the playwriting category. (Photo Credit: Emara Saez/Achona Online)

“The Spoon, The Apple, and The Book” was the first play written by an Academy student to receive a “Superior” rating at Thespian districts in the playwriting category.

“The Spoon, The Apple, and The Book” Comes to Life at Academy

“I enjoyed watching Amelia’s one-act; it was very entertaining to watch not knowing how it would end. I also appreciated the great message received from viewing the performance, which encouraged and reminded the audience that achieving one’s biggest dreams is possible with faith in oneself. What I love most about this message is that it is applicable to everyone’s life in different ways,” said Danielle Fonsing (’21).

The plot of the one-act is that a girl, named Omnia, wakes up in a room and is told that the only way she will be able to get out of the room is by using the three items in front of her: a spoon, an apple, and a book. She has to make the choice between following Character 2’s commands to escape or listening to her heart and risk staying in the room forever.

Cuttle had written the one-act during the first semester of her sophomore year for Creative Writing class. Originally, she approached High School Performing Arts Teacher Vivian Kimbler to submit it for Thespian Districts in the playwriting category. Kimbler invited her to do the one-act as part of the student-directed series after reading through the script, and Cuttle took the opportunity.

In Dec. of 2019, Cuttle’s one-act was awarded a “Superior” rating for Thespian Districts in the playwriting category.

“Looking back at this experience, I would describe it as the most fulfilling experience of my life. I never expected to ever have this opportunity; when I wrote that play, I never thought that I would be able to one day put it on, especially because it’s something that I wrote during a hard time in my life. If I could describe [the entire process] in a few words, I would say this experience has been fulfilling, difficult, rewarding, and healing. I wouldn’t trade this opportunity for the world, even though there has been some stressful moments. No matter what, this has been the greatest experience of my life so far,” said Cuttle.

The main cast consisted of two students that were selected by Cuttle earlier in Aug. of 2019. Kathia Guzman (‘20) played the character Omnia and Ximena Sanchez (‘23) played Character 2. The students had been practicing since September of 2019. In addition to the main cast, many other students helped put on the play by assisting with lighting, makeup, set design, artwork, and costume design.

“Amelia asked me last year if I would make the artwork for the one-act. It was really enjoyable working together with her to help her visualize her story, and I’m grateful for the opportunity to contribute,” said Maddie Glaum (‘21).

“The Spoon, The Apple, and The Book” concluded the annual student-directed series, which aims to showcase the talent of Academy students in the performing arts.