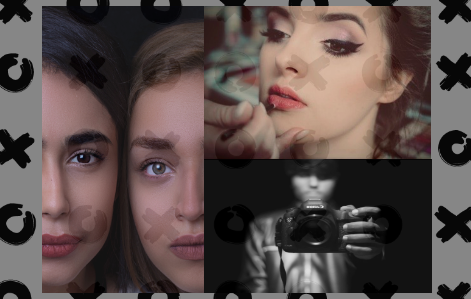 Speaking to Sparrows is “a feature length documentary film that explores beauty, brokenness, vulnerability, relationships and healing our identity as women.”

This year, Ethics and Morality class for 11th graders will run a bit differently. Through spiritual preparation and an accompanying documentary, the new curriculum focuses on individual identity and self-image, a complex issue among young women in modern society.

The film, “Speaking to Sparrows”, was found by Religion and Math teacher Megan Dubee at a Catholic Youth conference last year, who believed it powerful enough to be shared with students. “Speaking to Sparrows” is described as a “story of redemption, beauty, positivity, authenticity, and identity in Christ. Christ is the one who made us, the one who delights in our existence, the one who calls us beautiful in our pain and suffering.”

“So far I’ve learned that other people are experiencing the same things I am and I’m not alone. I really like how our discussions are very open and trust is built throughout our class,” said junior Madison MacDiarmid.

All of the junior classes have begun watching the film and, through the rest of the year, one full class period a month will be dedicated to further exploring the documentary and the discussions it evokes. The students will work individually and collectively exploring this topic. With a journal to accompany their curriculum, the girls collaborate in groups and as a class while leaders Emily Pantelis and Megan Dubee provide themselves as resources for further individual discussions.

We hear, ‘Women, if you’re young, and skinny, and pretty, and sexually attractive and sexually available, then you’re going to be happy…’ and nobody stops to think ‘Is this really true?’”

“The documentary is eye-opening, and I’m aware that many people have issues with their body image, but I’m unsure if showing this documentary to our class will actually do anything. If we open up and talk about any problems we may have, we might give away too much and a teacher may become concerned,” said Madeline Rodriguez (’21).

The purpose of showing this documentary to 11th-grade students is to give the girls a space to have a conversation that is prevalent in today’s society. By giving the juniors this foundation, Pantelis and Dubee hope that they grow in confidence and spirit and learn to value themselves as women and as powerful members of the community.

Pantelis said, “Comparison culture is on the rise and can be unavoidable at times, so for teenage girls with constant temptations around it can be hard to see above all the chaos in order to truly be confident in themselves.”