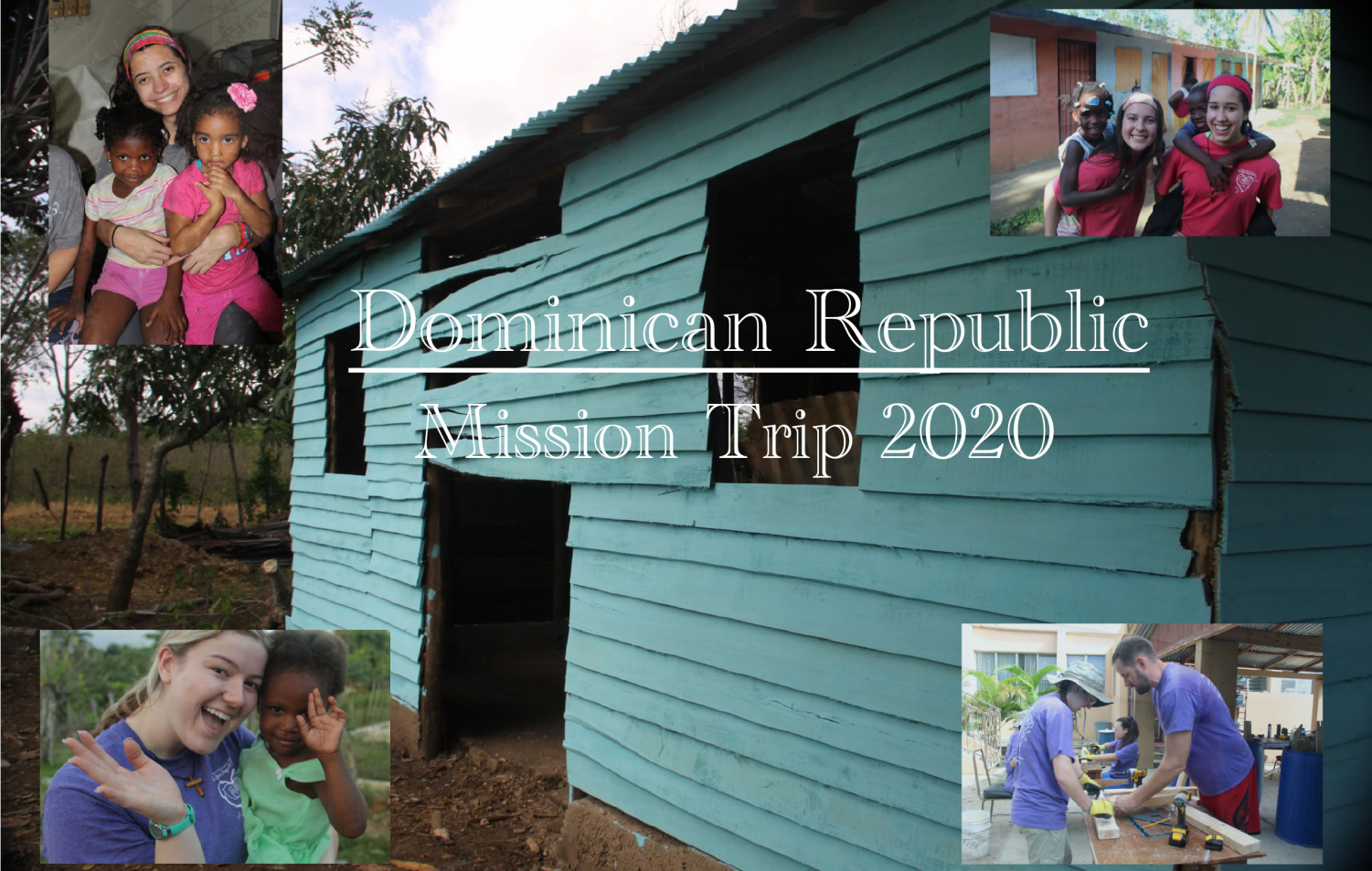 “I’ve taken Latin since 6th grade so my knowledge of Spanish is extremely limited, but I was still able to connect with the people of La Victoria, greatly in part to their openness and joy. I still think about the people I met everyday, and they inspire me to better my own community,” said missionary Rachael Petrarca (’21). ((Photo Credit: Casey Martin/Achona Online/Adobe Photoshop))

“I’ve taken Latin since 6th grade so my knowledge of Spanish is extremely limited, but I was still able to connect with the people of La Victoria, greatly in part to their openness and joy. I still think about the people I met everyday, and they inspire me to better my own community,” said missionary Rachael Petrarca (’21).

On Sunday, March 1, 2020, AHN missionaries embarked on Academy’s twenty-first mission trip to La Victoria, Dominican Republic for the Rose Project. Those on the trip included 13 seniors, six juniors and several faculty members along with 40+ suitcases.

The missionaries flew out of Tampa at 6:00 am arriving in Miami, Florida at around 8 am for a 3 hour layover before arriving in the Dominican Republic. The girls arrived in Santo Domingo, Dominican Republic at around 3:00 pm and made their way to retrieve their bags and go through customs. After leaving the airport, the missionaries took a bus and traveled an hour outside the capital to La Victoria where they stayed.

The girls arrived at the Sanctuary of Schoenstatt where they were greeted by the Sisters of the sanctuary. The missionaries were welcomed with a traditional Dominican dinner before going out for a walk around the town of La Victoria. The Academy missionaries were greeted by the people of La Victoria and ran into old friends from former years when visiting places such as an old school and a hospital.

“Upon arriving in the Dominican Republic, I was a little bit nervous because I did not know what to expect, but as soon as we pulled into the Sanctuary I felt at home. Then, we went on a walk around the village and I saw the joy as the people realized we were there and that is a feeling I will never forget,” said missionary Kennedy Wilson (‘20).

The girls woke up every morning at around 6:00 a.m. to attend daily mass at the chapel in the sanctuary. Following mass, the missionaries would gather outside of the dining hall and pray before eating breakfast prepared by the people of the Sanctuary. After breakfast, the girls would gather in assigned groups and either stay at the Sanctuary to work or go out to families and schools.

“Having daily mass every morning was such a beautiful way to start each day because it was a great way of reminding us each and every day that despite whatever challenges we might endure throughout the week the primary goal was to make sure that we were spreading the gospel to the people of the Dominican republic with pure joy and love,” said missionary Sofia Tweed (‘20).

On Monday, a group of missionaries went to the large shopping center, La Sirena, to gather supplies for the week and food for the families the missionaries would visit. After returning to the Sanctuary, the missionaries sorted out hundreds of shoes they brought with them to bring to schools and families on the trip.

Throughout the week, the missionaries worked hard to build and paint wooden benches for families and the people of the sanctuary as one of their main projects. The missionaries sanded, cut, and painted the benches for hours a day. Additionally, the girls sewed bench cushions and pillows out of their AHN missionary shirts.  Others spent time in the gardens of the Sanctuary working to plant vegetables and cleaning up the area.

Groups also spent time in the Nutrition Center, an early childhood center at the Sanctuary where girls helped take care of the small children. The girls also brought shoes to the nutrition center and fit the children to give them new shoes for the school year.

“Going to the nutrition center was probably my favorite part of the trip for both years. It warmed my heart every time we would walk in because the kids would get so excited to see us. A group of girls would pretty much go there every single day and just spend time with the kids inside and outside,” said missionary Sarah Torres (’20).

Other groups spent time outside the town painting new houses in order for families to be able to move into them. Missionaries were assigned a family through the organization to whom they brought clothes and food while partnering with the Seeds of Hope organization. Returning missionaries were glad to come back and see the positive growth of the families they visited on the last trip.

Another main project of the group was to bring shoes to the children in schools around La Victoria because without shoes the kids cannot attend school. With hundreds of shoes, the missionaries traveled to elementary schools and high schools fitting each child for a new pair of shoes for the school year.

On the last day before departing home, the missionaries went around the town caroling to the homes of different families. The missionaries arrived back to Tampa at around 11pm on Saturday, March 7, singing the infamous “Alabaré” as they exited the tram at the airport.