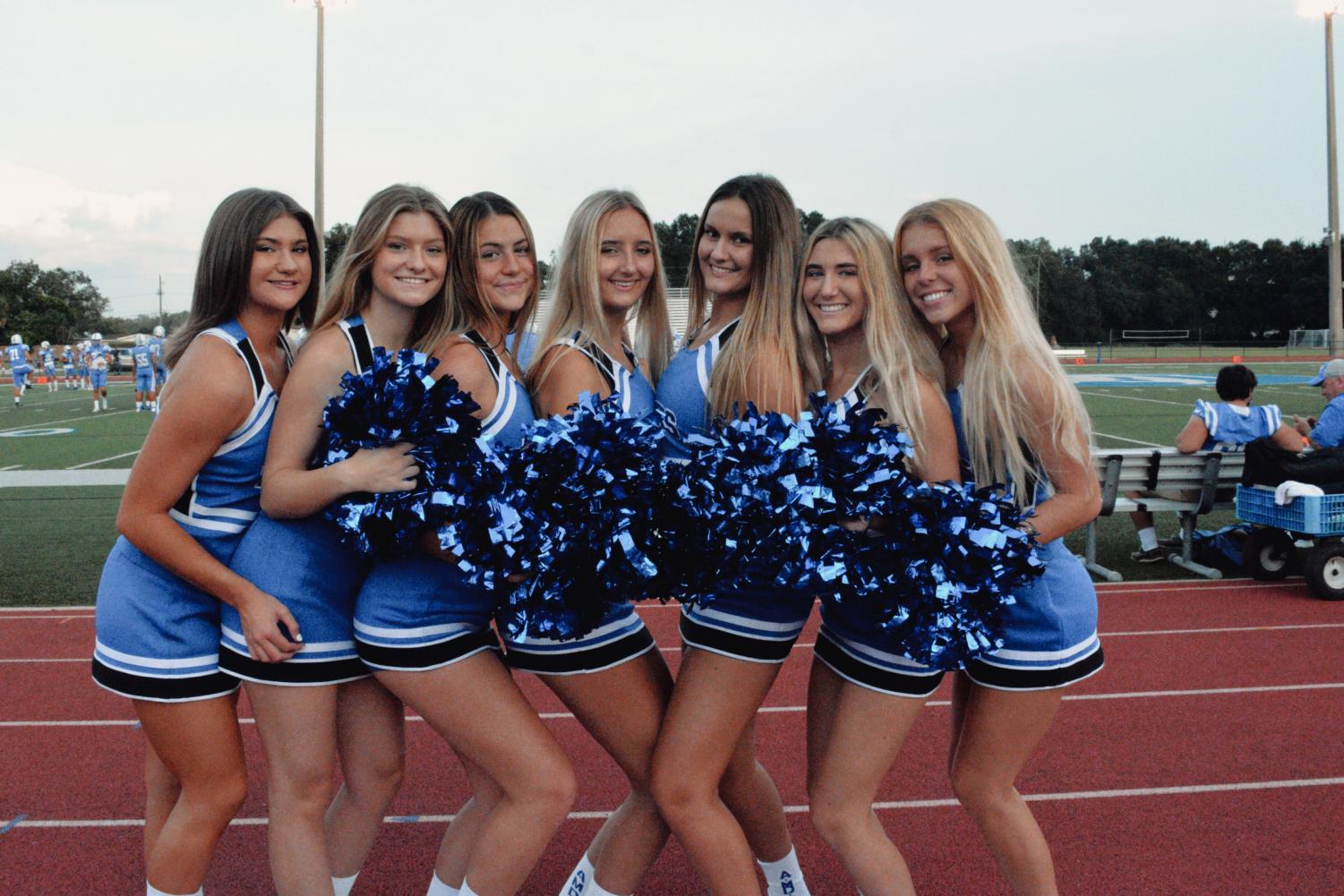 The Junior Cheerleaders were thrilled to be in the semi-finals and were ready to win. ((Photo Credit: Bella Besece/Achona Online))

The Junior Cheerleaders were thrilled to be in the semi-finals and were ready to win.

Friday, Dec. 11, the AHN students who cheerlead for Jesuit Football left school early for their bus ride down to Miami. The Tigers were facing American Heritage in the State Semi-finals, the game that determined who gets to go to states. Jesuit Football has not beat American Heritage since 2013, however, after winning 14 games and having an undefeated season, the Jesuit cheerleaders were certain they were going to the state championship.

After playing the first half of the game in the rain, the Tigers took a 13-3 lead. All of the cheerleaders were certain they would be cheering in Doak Campbell Stadium in Tallahassee on Friday, Dec. 18, for the state championship. In the 3rd and 4th quarter, unfortunately American Heritage came back. The score ended up being tied and 3 seconds were left on the clock. The Tigers were defeated 16-13 at the buzzer, meaning the cheer season was also over.

Carolina Housel (‘22) said, “I really thought they were going to win because the boys have been playing really well and we had been winning all season. Everyone was so excited to go cheer for the next game, but unfortunately they lost in the end.”

Emmie Valdez (’21) said, “It was so sad to hear the final buzzer knowing it was my last high school football game. I wouldn’t have traded this experience for the world and I will miss Jesuit Cheer so much.”

Friday Nights for cheerleaders is not just about the uniform or the title. While cheering, the squad makes friends and create a family, and it is understandable that the end of this season would be especially emotional for the senior cheerleaders. For the seniors, it was their last time cheering with their friends who have become lifelong best friends and created unforgettable memories with.

From the long practices, to overnight trips, to bus rides, the cheerleaders form so many friendships not just with the people in their grade but also the older and younger girls on the team.

Football season is one of the best feelings for a cheerleader because they get to stand on the sidelines next to their best friends to scream and be full of excitement. For many of the cheerleaders, cheerleading is like an escape from everything because they have to go out on the field and put a smile on their face.

The seniors are leaving the team with communication skills, independence, and leadership. Every cheerleader has to be able to step on the field and lead a crowd through their voice and motion. The seniors are also leaving knowing what it takes to work as a team and move as one. They also learn how to be committed to something they love, as they were committed to the practices, the games, and everything that comes with being a cheerleader.

Coach Brooke and Brittney Patterson are not just creating cheerleaders , they are helping to create women. They are examples for the girls of what they can be in the future and how to balance their job with doing something you love, like cheerleading. They also implement rules, not just for the cheerleading team, but for life. They help their cheerleaders figure out who they want to be as a person and how they want others to view them.

One of the most important things Coach Brittney and Brooke Patterson emphasize is always being on time. Once you leave this team you will most likely not have to do push ups if you are late, but being on time is an important life skill that the coaches enforce throughout all four years of cheerleading.

Niliyah Coney (‘21) said, “My last game was full of excitement but did not end the way I wanted it too. It was such a fun season and past four years and I am going to miss football games so much.”

For these girls, Friday night lights is something they love; they left their hearts on the field. All of the team, not just the seniors, would have loved the experience to go to states and cheer in a college stadium. However, all of the cheerleaders had a very long and fun season. The senior cheerleaders are leaving this team with life skills that will take them far, and friendships they will always be able to count on.