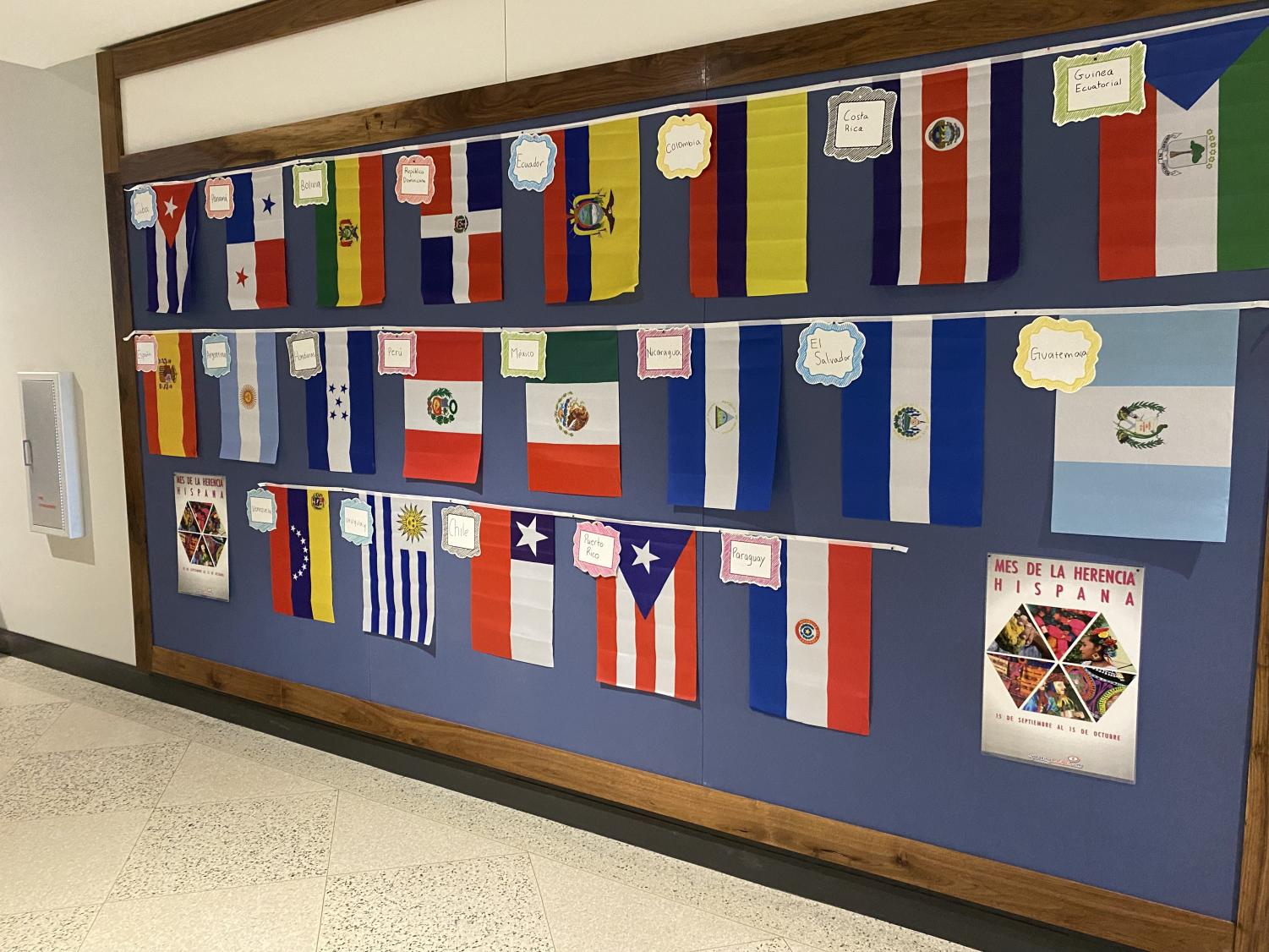 In the third floor, there is a bulletin board filled with labeled flags from different hispanic countries. (Kimberly Egoavil / Achona Online)

In the third floor, there is a bulletin board filled with labeled flags from different hispanic countries.

Hispanic heritage month kick offed this September 15, and the Academy has been eager to celebrate. The Spanish Club and POWER have been in charge of planning the events and they have worked together to come up with ideas that will further educate the Academy community on the impact Hispanics have had on our country— while still having fun.

Students in Spanish IV Honors each researched one influential woman in the Hispanic community and shared their knowledge over the intercom with the rest of the school. The club POWER has also hosted a salsa dance class with a local instructor, Wilda Santiago,  welcome to all students. Vice President,  Ximena Sanchez, “The girls learned several dancing styles, including salsa, merengue, bachata, and tango.  I saw they had a lot of fun, and I’m glad we were able to share an appreciation for the joy of dancing”

On Friday during advisory, the Spanish club set up four tables with typical foods from the countries of Cuba, Puerto Rico, Mexico, and Colombia. Academy students walked around and tried the different snacks while learning more about the history of the countries. Simultaneously, the club POWER presented videos, slideshows, and posters about areas of dance, food, and culture in Hispanic countries, all while emphasizing the theme, “Hispanic influence on American culture.”

The girls in AP Spanish had the task of presenting a project about women in Hispanic culture, and created a living wax museum, as shown in the pictures.

Spanish Teacher Diana Rodriguez said, “I’m glad everybody had the opportunity to celebrate our Hispanic heritage and its influence on American culture.” 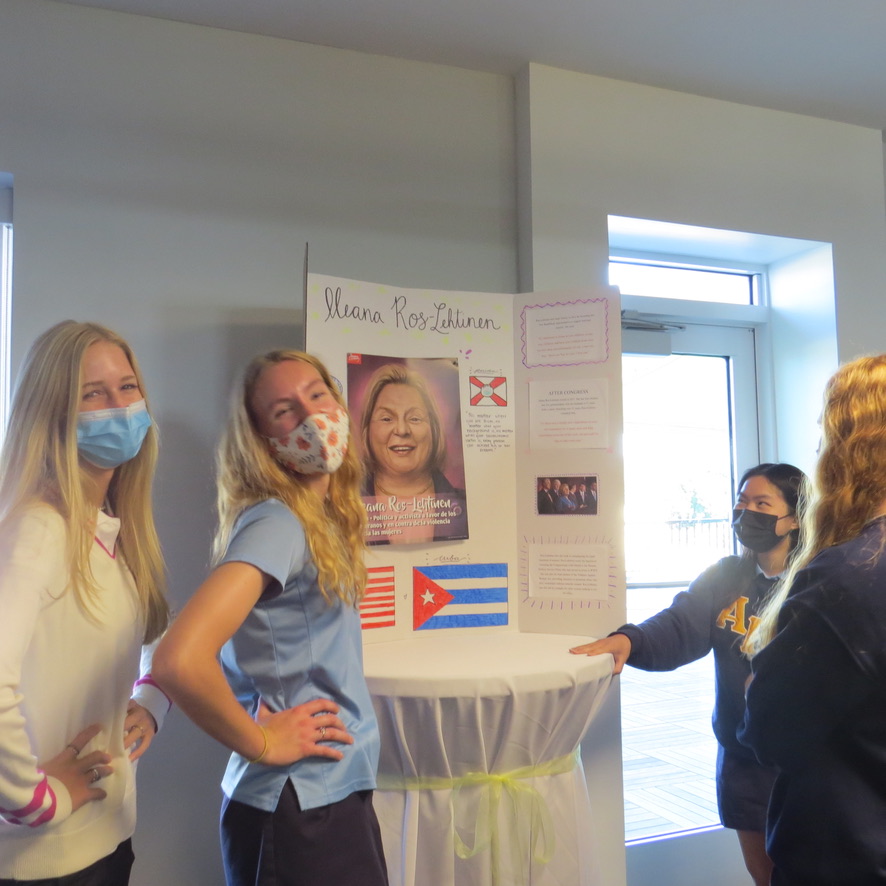