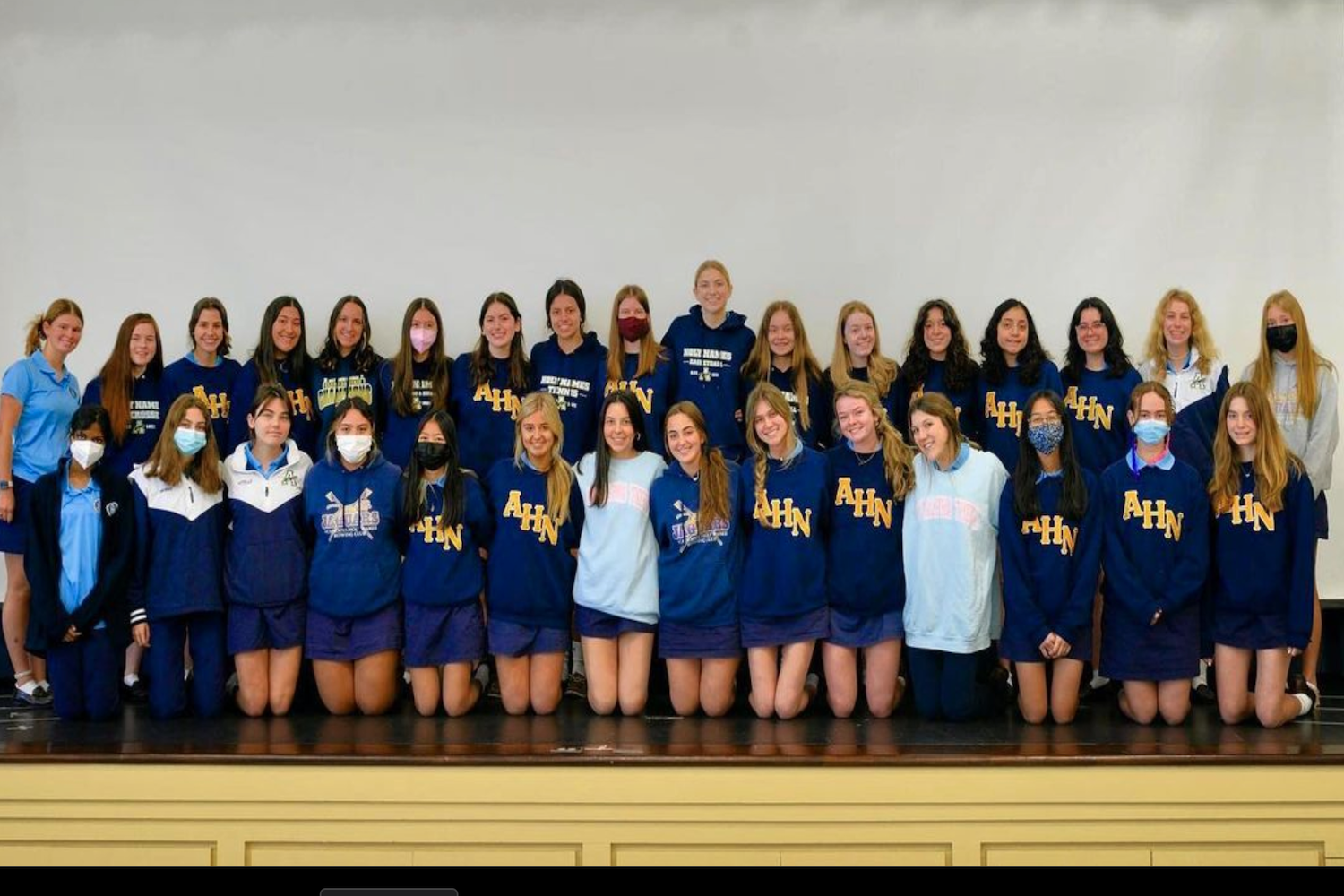 The Math Team celebrates their success in the Brady Center. (Photo Credit: Math Team/Used with Permission)

The Math Team celebrates their success in the Brady Center.

Academy’s Math Team (Mu Alpha Theta) is a force to be reckoned with after placing 2nd out of 44 schools in the 2021 Florida Fall Interschool Test. Over 40 girls collaborated on a 50 question exam over the course of one week. Girls were required to spend at least one hour working on the test in the math lab after school.

First-year math team member Katelyn Micko (‘24) said, “For the past few months the team has been working diligently in preparation for our upcoming competitions. Through timed practice tests, team members from all math levels have been working together to prepare. I am confident the team will perform well.”

Every Tuesday, the Math Team meets in the Brady Center, where they complete practice tests in preparation for competitions. Practice tests range from 10 to 15 problems, which girls complete in groups of four or five, similar to the team test-taking strategy used during meets.

Girls who choose to compete in meets only compete against other students who are taking similar math classes. This allows for course specific tests to be given to people who are actively learning certain content instead of general tests covering all types of math.

This year, the Math Team saw a surge in new members. Academy students felt compelled to join the club because of the collaborative aspect and to improve their test-taking skills. Math Team allows girls to supplement their learning with a fun, group-oriented club.

Sophomore Reagan Miller said, “I wanted to join Math Team because I wanted to improve my math skills and also because Mr. Quinn is one of my favorite teachers. And the sweatshirts are pretty nice, too.”

Following a completely virtual 2020-2021 season, Math team coordinator and teacher Robert Quinn already has two more meets scheduled for the months of January and February. For those wanting to attend the national competition, Quinn will also be taking a group of girls to compete in July.

Madison Horne (’23) said, “This season is a lot more exciting because we are able to meet as a full club constantly and we get to go to in-person meets again. I think we are pretty well prepared for the upcoming meets because we’ve been doing a lot of practice at our meetings and we scored really high on our Interschool test last fall.”