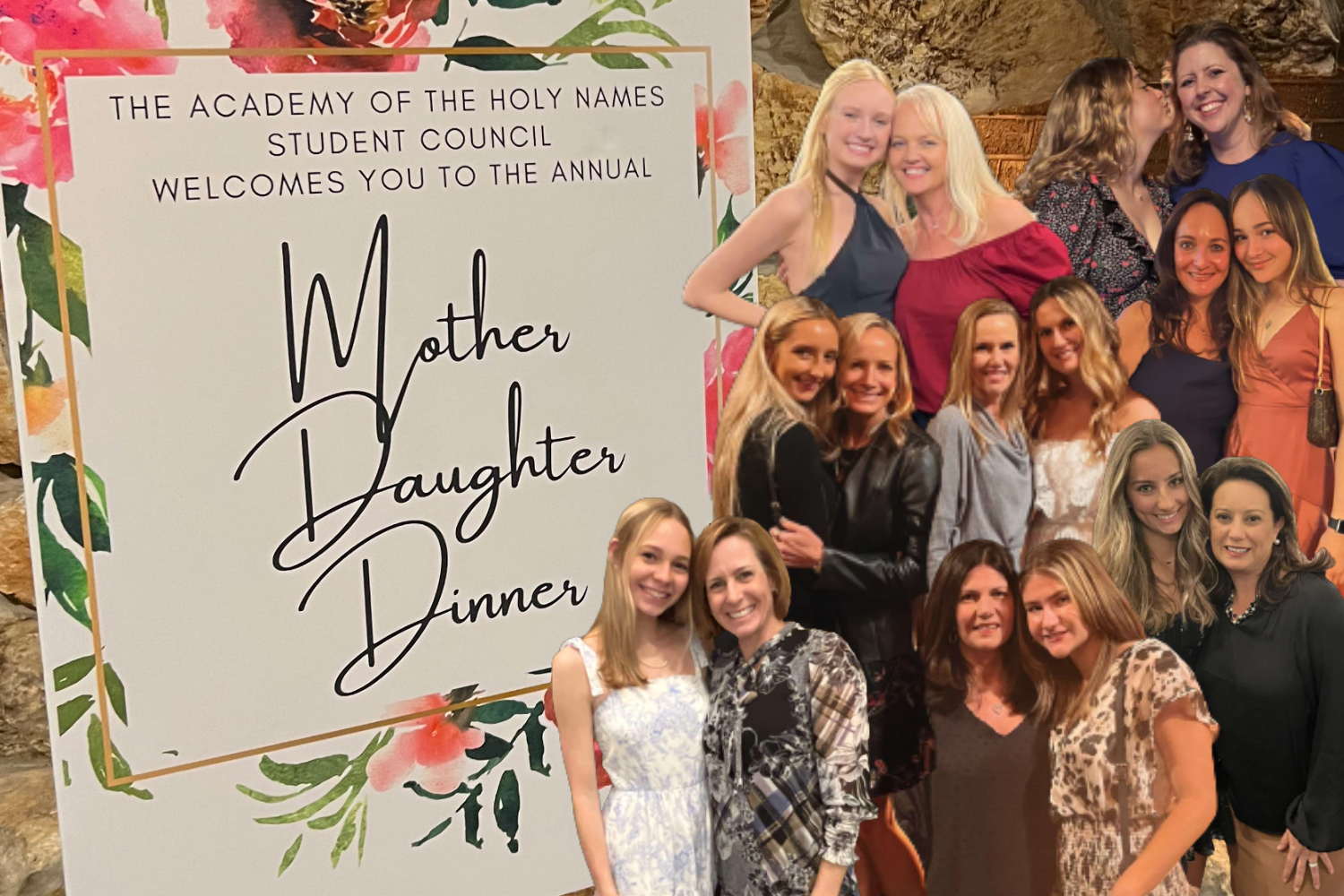 On Wednesday, February 9, the Academy’s Student Council hosted their annual Mother Daughter Dinner. The event was held at The Rusty Pelican, as usual, and was a wonderful evening filled with lively conversation in the company of friends.

This year’s Mother Daughter began at 6:30. Between then and 7:00, moms and daughters socialized and took pictures, courtesy of Studio Artistry, before sitting down. Seniors were also able to pick up personalized collages with each of their yearbook pictures and official senior portraits next to each other.

At 7:00, Maeve Miller (‘22), the Student Council representative in charge of the event, led everyone in prayer and announced dinner was starting. Mothers and daughters were given bread and salad to start followed by mashed potatoes and chicken. For dessert, there was cheesecake that many students enjoyed tremendously.

As the dinner wrapped up, Miller announced the winner of this year’s Marvelous Mom. This is a contest in which each senior has the opportunity to submit a picture of their mom from when she was in high school and the student body is able to vote on who they believe is the most “marvelous.”

To conclude the dinner, Miller played the Mother Daughter Senior Video in which each senior says a short, sweet message to their mom, usually thanking them for all they’ve done and how much they will miss them while at college. It is an extremely touching tradition and never fails to bring at least a few tears to the eyes of mom’s and daughter’s alike.

“My favorite part of the night was definitely the senior video. I had a ton of fun putting it together, and I thought everyone’s videos really showed their personality and love for their moms. I was really happy to see how many people were able to make it, and I hope everyone had a great time,” said Miller.