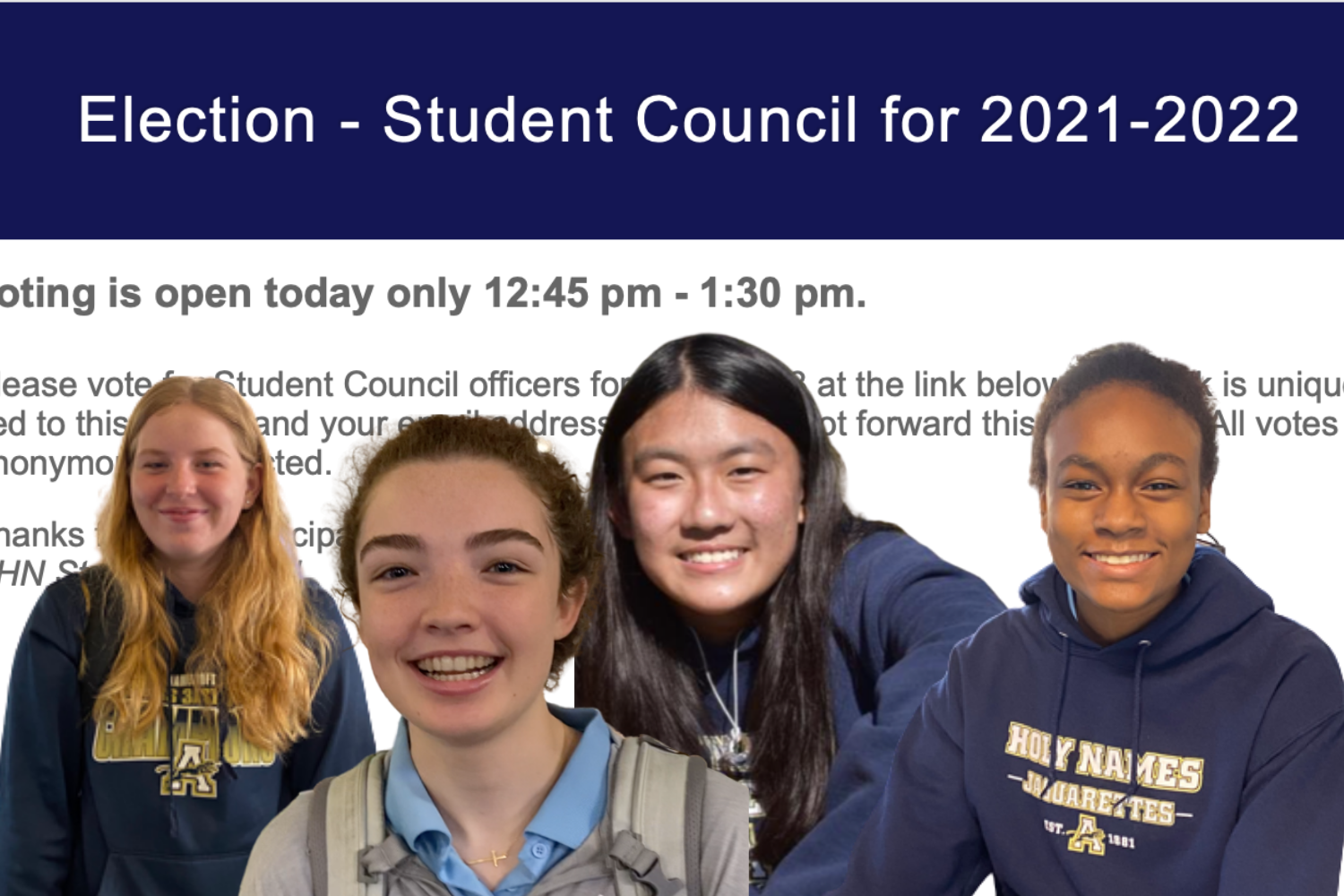 Academy welcomed a new wave of Student Council officers following the elections on April 8, 2022. Candidates promoted their campaign by hanging posters in the hallways, passing out treats, and creating videos to show the student body. The results of the election were announced to the school on April 8, just several hours after the polls went live.

Student Council President Amanda Chau (‘23) has been a club member for three years. Chau decided to run for president because she wants to represent the student body, and she is passionate about creating positive and constructive change at the Academy. Gracie Schnell (‘23), who was treasurer last school year, was elected to be Student Council’s Vice President after receiving the second most votes from the student body.

Chau said, “I really like my peers, and I want to represent them. My goals for next year are mostly to revamp and restore what Covid has limited us from doing over the past couple of years.”

Treasurer Olivia Payne (’24) has been a dedicated representative for two years, and her passion for Academy and her peers made her want to take on a leadership role. As treasurer, Payne will handle Student Council’s financial transactions, including managing the budget and coordinating with Jenny Van Pelt, the head of Student Council.

Payne said, “My campaign strategy was to play off Olivia the pig. I was hoping to rely on nostalgia and how the theme song gets stuck in your head. Other than that, I hoped my experience would persuade people to choose me.”

Chloe Pleasants (‘24) felt compelled to run for corresponding secretary because wants she wants to be an integral part of event planning at the Academy. Pleasants has been a member of Student Council since her freshman year, and she hopes her people skills will be useful, especially when planning events that require consistent communication.

“I am most excited to help plan Winter Formal because last year’s dance was a blast,” said Pleasants.

Recording secretary Tegan Drinkwater (‘24) has been a Student Council member since freshman year, but she also participated in student government while in middle school. As a secretary, some of her responsibilities include note-taking, logging attendance, and assisting the president and vice president with whatever they need.

Drinkwater thought her organizational skills and note-taking abilities would benefit her, as a recording secretary is accountable for everything discussed during meetings. “I knew that I wanted to have an officer position, and the recording secretary spot just spoke to me,” said Drinkwater.