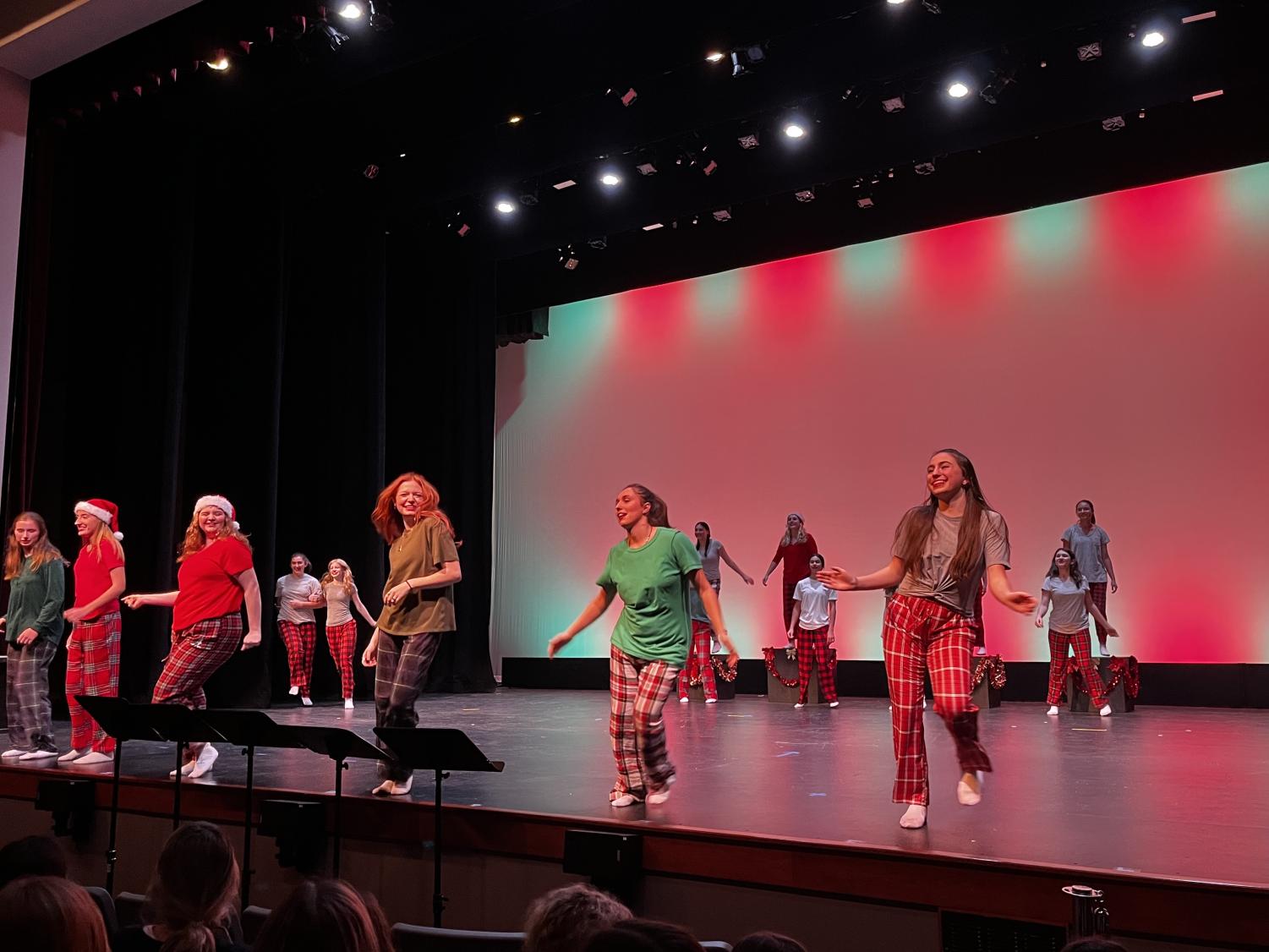 Last week, Academy held its yearly Christmas concert in the Bailey Center theater. Our Quarter Notes team, Jaguarette dancers, and Dance Appreciation students all put together performances over the past few weeks in preparation for the exciting show.

The freshman and junior classes viewed the concert on Thursday, December 1st followed by the sophomores and seniors on Friday, December 2nd.

When asked what her favorite part of the concert this year was, she said “my favorite part was at the end, when all the students gathered together and danced.”

Lily Elder (9), a student who performed for Quarter Notes at the concert shared her experience being on stage. Elder says “In the beginning, I was a little nervous, but everyone was so supportive and made me feel more comfortable”. Being a Freshman, this was Elder’s first time even experiencing the concert. “I think the whole Christmas concert went well and it was a great way to share school spirit,” Lily says.

One big part of the concert is a special appearance from Santa Claus (also known as sophomore religion teacher Felix Kalinowski).

Leavy says that “The concert would not be as fun without Mr. K dressed as Santa, spreading his Christmas cheer.”

The Academy Christmas concert is a beloved tradition that all students look forward to every year. It is a special part of going to Academy and the experience wouldn’t be the same without it. It brings the student body together, and it is always a fun and wholesome time.

Leavy (12) concludes that “especially being a senior this year, the concert meant so much to me and brought me such high spirits”.