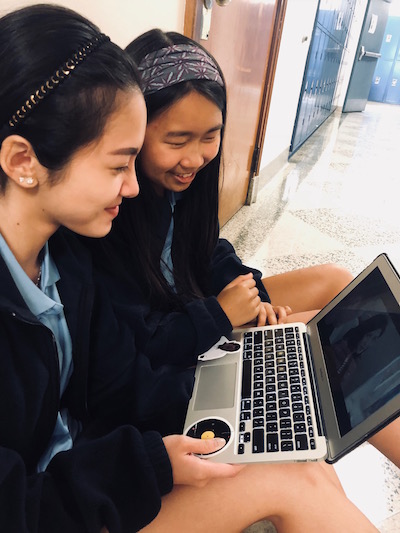 “I like how ‘Crazy Rich Asians’ shows the traditional family dynamic which allows Asians to connect in a humorous way,” says Chau.

The movie adaptation of Kevin Kwan’s novel “Crazy Rich Asians” hit theaters on August 15. The rom-com directed by Jon M. Chu had success financially in the first week following its release, standing at No. 1 at Box Office. The movie has also been acclaimed for serving as a breakthrough for Asian representation in American media.

Go see this film this weekend! It’s just as important as #BlackPanther & #WrinkleInTime. Let’s do it for the culture. *and if you got an Asian tattoo you should buy a ticket just out of respect. I’m looking at you Wu Tang Clan!!! pic.twitter.com/dMtl0XbN6Y

By featuring an all-Asian cast for the first time in 25 years, “Crazy Rich Asians” attracts an audience willing to see diversity on screen. More specifically, the new film targets a demographic of an ethnic group that is typically ignored in the movie industry: Asian-Americans.

“I saw that it was all Asian characters and that is something you do not typically see, especially in rom-coms. It shared a true message too about growing up in the lower-class if you are an immigrant like how my parents are, so it is one of the first movies that I can really connect with,” says Katelyn Chau (‘20).

Dove and Aerie for American Eagle sparked movements by featuring real women in their advertising. “Black Panther” shattered stereotypes of Black America by depicting the group as strong rather than relying on its history of slavery to share their story. Thus, the question arises: will “Crazy Rich Asians” have the same effect? Will the film drive a positive cultural shift in how Americans identify those with Asian origins?

You’re 8 years old.
Your 3rd grade class orders chinese food & your father delivers it. You are so excited to see your pops in school. He’s your hero. But apparently other kids don’t think he’s so cool. They laugh at him and mimic his accent. You don’t want to be Chinese anymore. pic.twitter.com/6vW9DXZK6x

“When I first heard about ‘Crazy Rich Asians,’ I thought it was kind of weird knowing an American movie with an All-Asian cast was coming out because it is so unusual. I think people are more open t0 seeing diversity though, so if we continue to be accepted, it will become normal,” says Junior Jennifer Pham.

The stereotype that exists is one that people know very well: Americans have grouped together Asians to be an ethnic group that produces intelligent, kung-fu fighting, well-disciplined one-dimensional individuals. However, American media does not do much to alter this distorted perception. The new movie, “Crazy Rich Asians,” strays from the stereotype by demonstrating Asian-Americans as multi-dimensional people that experience real-life problems. The movie challenges the stereotype by broadening viewers’ horizons with dynamic Asian-American characters. For the millennials of the Asian-American community, this movie is the first time they are seeing a cast that they can finally relate to.

Pham says, “Hearing about ‘Crazy Rich Asians’made me realize that I never see movies with all-Asians which makes me sad. I have to search for K-dramas that have subtitles because I cannot find American movies with characters like me, and it is really upsetting.”

Will the watershed event of “Crazy Rich Asians” bring about lasting inclusion of Asian-Americans in media, or will it serve as a single success?