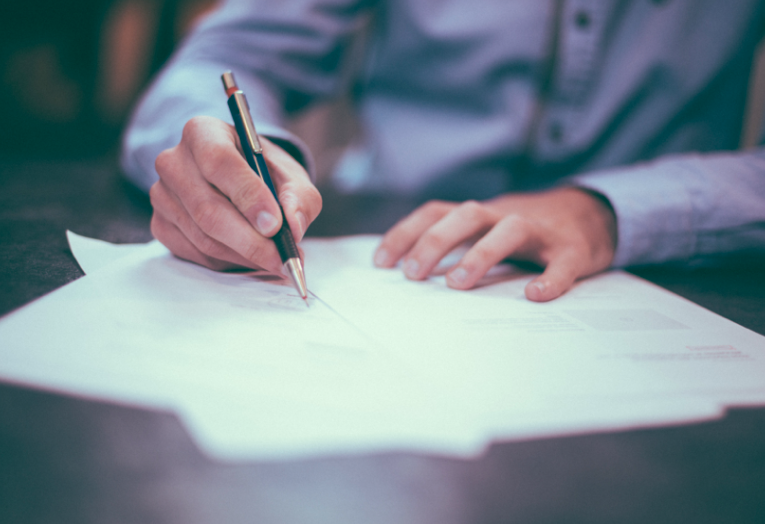 The practice of keeping one’s maiden name or hyphenating it after marriage — which declined in the 1980s and 1990s — has begun rising again. (Photo Credit: Emara Saez/Achona Online/Piktochart)

The practice of keeping one’s maiden name or hyphenating it after marriage — which declined in the 1980s and 1990s — has begun rising again.

The Prevalence of Hyphenated Last Names Among Hispanics

“I really admire that Hispanic husbands and wives view each other as equals. I respect that they do that, but I wouldn’t do that because my family doesn’t do that. They’re all very British and Irish and they don’t do hyphenated last names, but I also think it’s important to keep a family tree going and keep things straight with just one last name,” said Elizabeth Paparo (‘21).

In the 21st century, due to the complications of having two last names, many Hispanic-Americans have chosen to go by English naming customs rather than Hispanic customs. However, some Hispanic women who marry in the United States have chosen to keep their surnames. Following the Hispanic tradition of two surnames often presents many legal complications, so many women avoid this by hyphenating their surname after their husband’s surname. Often times, women who choose to either hyphenate their last names or keep their maiden names face a lot of judgement from society. It is assumed that most women will take on their husband’s last name; when some women choose not to, they are seen as too assertive, prideful, or independent.

For many women who choose to keep their last names after marriage, the choice comes from a place of pride in their heritage and Latin culture. Many women believe that changing their last names feels like an abandonment of their culture. For Latinas, names are a huge part of one’s identity. The custom of keeping one’s last name after marriage recognizes the family heritage of the mother and gives her the importance she deserves.

The choice to keep their surname and hyphenate it is often a difficult one for Hispanic women. Some women ultimately decide to keep their last names to challenge the patriarchal tradition of accepting their husband’s last name. Hispanics are not the only culture that uses two surnames, and there are other cultures that use a similar scheme. However, the decision to have two surnames goes against the typical, somewhat sexist tradition of accepting the husband’s last name.

“My dad is one of five children in his family, he only has a brother and himself. In terms of passing on his family name, it pretty much stopped with having two daughters. Omodio [my maiden name] would no longer be a name that would be passed through generations. In honor of my father, I originally had Griess and kept Omodio as my middle name. In my dissertation, Omodio was not given credit. I felt guilty about that; I wanted to go back and honor my dad’s family lineage, so I went back and legally hyphenated [my last name],” said High School Learning Resource Specialist Julie Omodio-Griess.

Another reason some women add a hyphen to separate their two surnames is to avoid confusion or to fill in forms with only one space provided for the last name. In an English-speaking environment, Hispanic people with two surnames often have their first surname confused for a middle name. In Hispanic culture, the concept of a middle name does not exist; this is why many women living in Spanish-speaking countries do not feel the need to hyphenate their last name.

My pet peeve is actually when people don’t spell my whole last name….. there is a hyphen for a reason

Any choice a woman makes regarding her last name is valid. Thus, the decision a woman makes to keep her last name and hyphenate it is one that should be respected. By doing so, women are actively challenging typical traditions and setting precedents for the rest of their families.

“I do encourage people to take pride in their last names. I’ve never really understood why women were needing to take their husband’s name. If they really like their given name, then they should feel compelled to keep it or hyphenate it. It’s awesome that they have the choice and that it is not expected that they have to take their spouse’s name,” said Omodio-Griess.