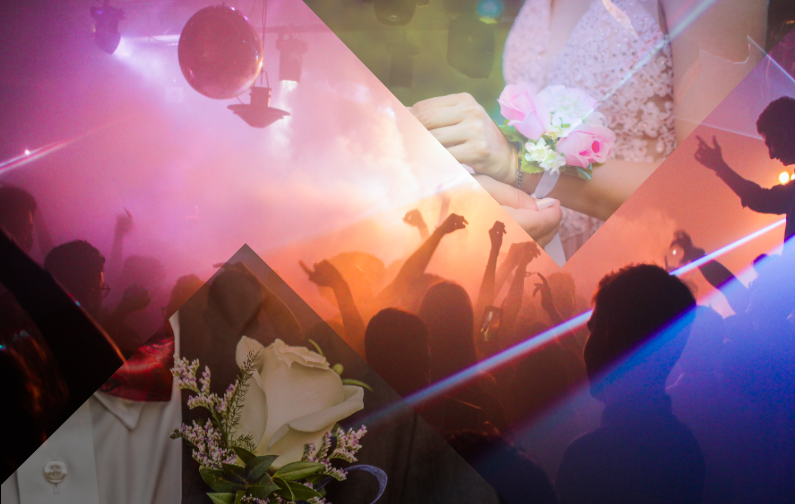 Scarpo said, “Just speaking from experience, my freshman year, I went without a date, and it was the most fun thing ever because I just had more fun [because] I did not have the pressure of bringing a date and having to stay with them. Honestly, I was able to spend more time with more people.” (Photo Credit: Mei Lamison/ Achona Online/ Piktochart)

Scarpo said, “Just speaking from experience, my freshman year, I went without a date, and it was the most fun thing ever because I just had more fun [because] I did not have the pressure of bringing a date and having to stay with them. Honestly, I was able to spend more time with more people.”

On Oct. 26, Jesuit High School, an all-boys school in Tampa, is hosting its homecoming dance. Throughout the months of September and October, high schools hold their famed homecoming dances after a week of festivities including a football game where the homecoming king and queen are crowned.

Homecoming without a date? Surrrrrre bring it on

However, because the Academy of the Holy Names does not have a football team, there is no homecoming dance which is made up for with Winter Formal, but that is in December.

Along with homecoming season and other school dances comes the pressure placed on teenage girls and boys to attend with a date by their schools and friends.

These pressures felt by students negatively affect the primary purpose of school dances, which is to have fun with or without a date and also changes a student’s outlook on these events from excited to anxious.

“I feel like that’s an accidental consequence of it. It’s kind of a bi-product of that,” said Olivia Scarpo (’21).

Prior to 2017, the Academy had a rule stating students needed a date to attend Winter Formal which prohibited those without one from attending—leaving them feeling excluded in the process.

Our school is based on sisterhood and female empowerment, but they did not abolish this rule until 2017 which further reaffirms the notion that in society we, both men and women, are discouraged from being independent and need a date or a boyfriend or girlfriend to be valued.

Sister Mary Glavin said, “We are a school that stays with tradition and sometimes [for] too long, in my opinion. We are all responsible for that, but it was always just the norm that a girl took a date. I don’t remember when it happened, but it just seemed so clear that girls could enjoy themselves [without a date]. They could still have fun at a dance, and they really did not need to go through asking the guy, going to dinner, and all that when it didn’t necessarily produce more fun. It sometimes produced anxiety.”

Because of this, bringing a date has shifted from being genuine to pressured and inorganic because several students don’t truly want to.

Although the rule inhibiting Academy students to attend Winter Formal alone is no longer enforced, Alexa Rios (’21) comments on the pressures and expectations she still feels from her friends to bring a date: “We feel like we have to take a date to that [Winter Formal]. I feel like if all my friends are like ‘we have to take a date,’ then I guess I have to to. I can’t be the only one that doesn’t have one. Then, I’ll be left out.”

In order for school dances to overcome this, all private schools must first abolish rules which hinder students from attending alone. Second, teenagers should not attend with someone solely to appease their friends. Lastly, all men and women should be valued in society with or without a date and should be empowered to embrace their independence.

Scarpo said, “I agree that schools really shouldn’t have those rules that make the kids go with a date.”

Yes, so many women find their worth in their marriage. When the marriage ends, so does their self-worth. I know, I was one of them! I get daily emails from some of the others.

This correlates to the fact that women and men, and especially women, do not have to be with someone if they do not want to.

Throughout history, and even today, women found their self-worth in who they married due to the pressures society placed on them that their value was based on that alone.

If young girls, today, feel they have to take dates and have boyfriends during high school to validate themselves, that will continue to influence them throughout their lives and may prohibit future great female leaders (such as Oprah Winfrey and Condoleezza Rice who are not married) in becoming successful as they will be overtaken by the social norms instilled in them during high school.

That is why it is important for all private schools to abolish rules which require students to attend dances with a date and extinguish pressures placed on them because it influences them to believe they cannot be independent and must rely on someone else to find their own self-worth.

“I feel like girls should realize that they don’t have to bring a date because they should do what they want to do for them,” said Scarpo.