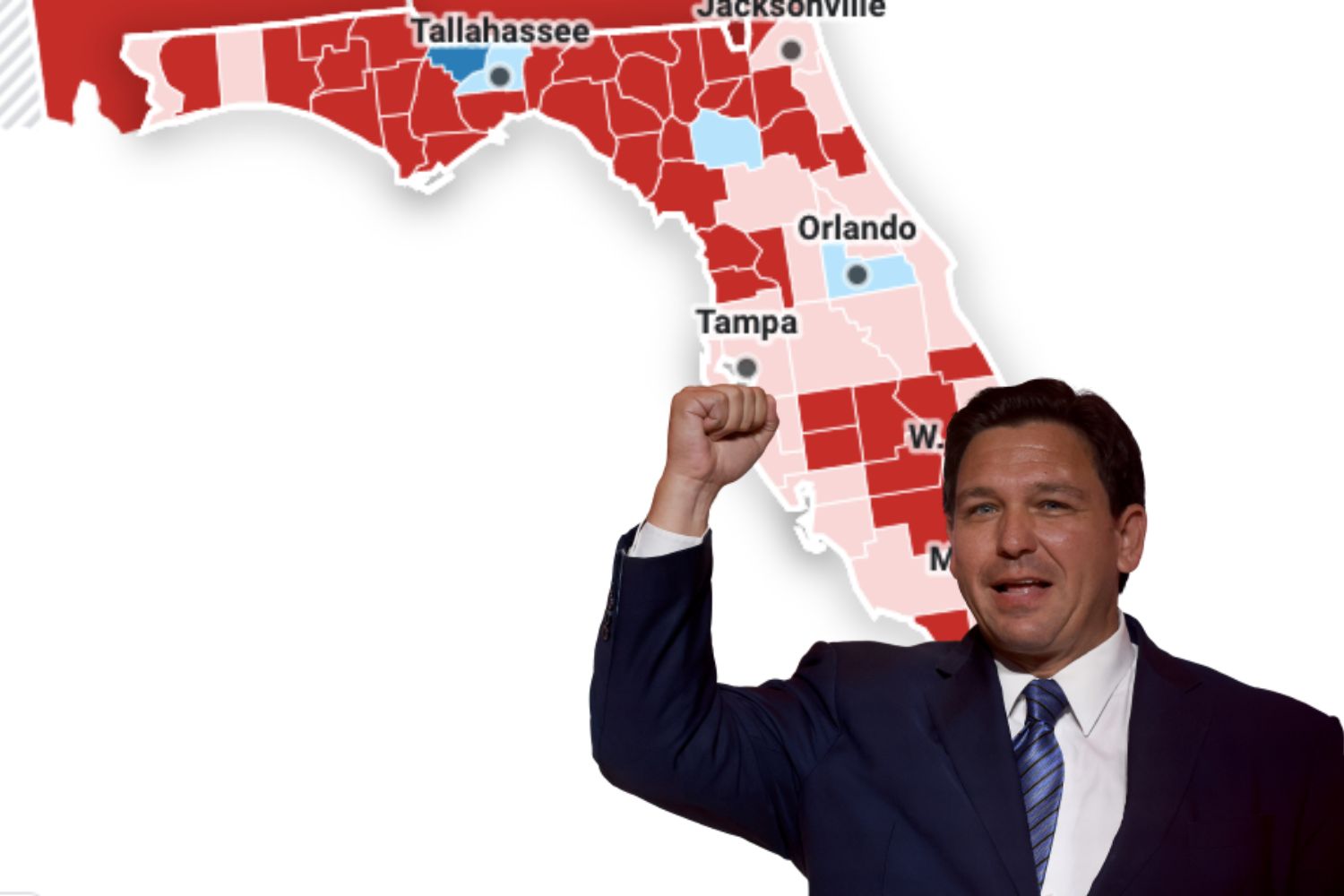 Florida has been known as a swing state since the 2000 election in which Republican George W. Bush only won by 537 votes. (Photo credit: Raquelle Elson/Canva)

Florida has been known as a swing state since the 2000 election in which Republican George W. Bush only won by 537 votes.

Following the midterm election on November 8, Florida has turned overwhelmingly red signaling that this historic swing state is no longer as politically diverse as it once was. This change, however, has been 22 years in the making, but the seemingly quick turnaround has led a lot of people to question whether Florida has truly become more Republican or if there were other factors at play.

Florida has been considered a swing state after Republican George W. Bush only won the state by 537 votes in 2000. The closeness of this race led to both parties working to win over voters — and the state’s 29 electoral votes. The Republicans have spent the past 22 years working to turn Florida red. They have done so by allocating more money to get more Republicans registered to vote, and the number of registered Republicans has recently surpassed that of Democrats.

This change can be attributed to the redistricting done following the 2020 census. Governor Ron DeSantis redrew the districts in a way that favored the Republican party making it nearly impossible for the Democrats to win a county. Beyond this, there is a drastic difference between voter turnout in midterm and general elections, and this trend could be seen in Florida as only 50% of those eligible voted. With there being more Republicans registered to vote, fewer voters overall, and the gerrymandering done by DeSantis it is evident how the Republicans managed to turn so many counties red.

.@GovRonDeSantis has turned Florida from a swing state into a dependable red state.

How did he do it?

By governing as a fearless conservative.

He barely won his first race but governed as though he had a mandate of 1,000,000 votes.

Now look at the results.

Finally, Miami-Dade, a historically Democratic county, has since turned red. This is especially important because Miami-Dade is the largest county in Florida. The change can in part be attested to the fact that many Hispanic and Latino voters in the area voted for the Republican party.

When viewing this change as a genuine ideological shift within the state, the realities are even more worrying. This would mean that the state as a whole now lacks diversity of thought. The state becoming more homogenous is not a good thing. Florida used to be unique because as a swing state it used to, on a small scale, represent the diversity of ideologies that America stood for. Without this diversity, it is unclear whether voters of all ideological stances are being equitably represented.

So, what does all of this mean? First of all, this is very concerning for Florida Democrats and the Democratic Party as a whole. Due to its many electoral votes and political diversity, Florida used to be a place that presidential candidates fought over. Now, however, Democrats almost have to automatically accept defeat due to DeSantis’ gerrymandering. This leads to the question of whether or not Floridians are truly being heard and accurately represented. The answer seems to be that redistributing has led to the silencing of Democratic voters, but only time will show if this is really true.

Social Studies teacher Stacy Filocco said, “We should consider the results, but we should also remind ourselves that turnout in midterms is much lower than it is for presidential elections. So while it appears Florida is more likely to vote Republican now on a statewide level, that is not a guarantee of what a presidential election will look like in two years. One thing that may be interesting to see is do potential presidential candidates still see Florida as a swing state. That would be a good indication as to whether Florida is a swing state.”