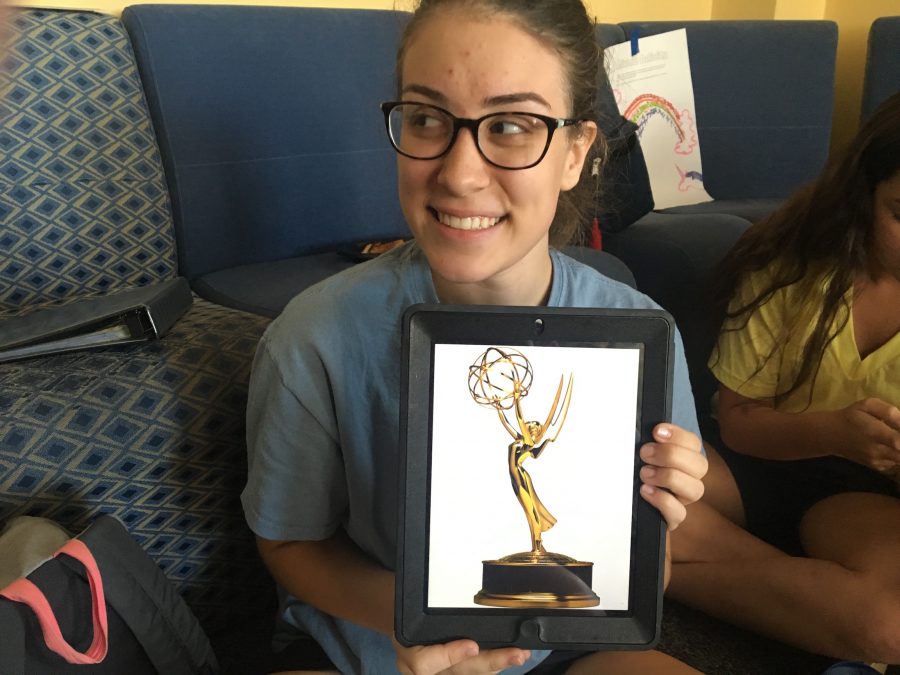 Maslany won the Emmy for her starring role in the drama, Orphan Black. She thanked her team, the crew of the show, and the Academy for her award. In her speech, the actress discussed how grateful she feels that a woman is the main character of the show.

When asked about how feminism is being more incorporated within TV shows, Senior, Ashley Lambert commented, “It’s awesome. We grew up with main female roles in TV shows such as That’s So Raven, and it’s cool how us girls can have someone to relate to; a role model.”

Senior, Meredith Butler discusses why it is important to use media to inform society about such fundamental topics, “It’s a positive concept to link transgender awareness with media, because it exposes the world to transgender people and allows other people, especially children, to be more comfortable with who they are.”

This is the sixth time Louis-Dreyfus has won this Emmy. This particular time was for her lead role in the comedy show, Veep. She spoke humorously about how the show begun as political satire, but now seems like a “sobering documentary.” Then, the actress started to get very emotional and tearful, as she dedicated the award to her father, who passed away recently, stating, “I’m so glad he liked Veep, because his opinion was the one that really mattered.”

Sarah Paulson: Best Actress in a Limited Series or Movie

Paulson starred in The People vs. O.J. Simpson: American Crime Story as Marcia Clark. She revealed her remorse to the real Marcia Clark, “The more I learned about the real Marcia Clark…the more I had to recognize, along with the rest of the world, have been superficial and careless in my judgement, and I’m glad that I am able to stand here today in front of everyone and tell you I’m sorry.”

The phenomenal @MsSarahPaulson who proves u can be beautiful on the inside and out #loveandrespect pic.twitter.com/pjnwF1KMP5

The acceptance speeches at this year’s Primetime Emmys, focused on inspirational topics that are relevant in today’s society, and each winner was full of passion and emotion.