Five Movies For Getting Into the Halloween Spirit 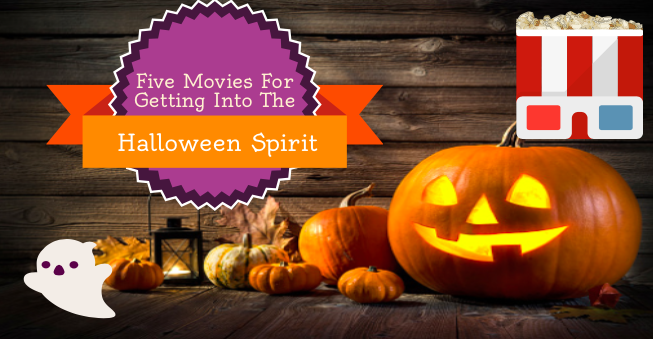 The wait is over: Halloween is less than one week away. While the weather may still feel like summer in Tampa, fall has officially arrived, bringing Pumpkin Spice Lattes, Howl-O-Scream, and excitement for October 31.

Grab some candy and get into the spooky spirit with these classic Halloween movies:

Start off binge watching with this classic 1998 Disney Channel Original Movie about Marnie, a 13-year-old girl who finds out she is a witch and saves a town full of supernatural creatures. Did you know can visit St. Helen’s Oregon, where the movie was filmed?

Junior, Kayla Eckermann claims, “watching Halloweentown brings me back to my childhood!”

This cult classic tells the story of three witches who must take the life of a child to hold on to their immortality after resurrecting from 17th century Salem. Sarah Jessica Parker, Bette Midler, and Kathy Najimy make the movie hilarious Halloween entertainment.

Watch as con-artists try to escape the creepy Addams family, who try to fit into a world lacking “dark magic”. If Thing, a walking hand, doesn’t creep you out enough, Uncle Fester definitely will.   #thosebraidstho

Junior, Haley Palumbo reveals that the first time she ever heard about the Addams Family was when her childhood best friend dressed up as Wednesday Addams.

“I remember asking her, ‘How can you dress up as a day’? Palumbo recounts with a laugh.

If you’re looking for something a bit darker, check out the movie rendition of Stephen King’s famous novel. Jack Torrance descends into homicidal mania while caretaking for an isolated Colorado hotel with his wife, Wendy, and psychic son, Danny.

Ranked as one of the scariest movies of all time by Reader’s Digest, Halloween tells the story of Michael Myers, a 21-year-old imprisoned for brutally murdering his sister at age six. Now, he’s escaped from prison and has returned to Illinois to search for his next victims.

Grab your candy corn and get ready for a night of frights!