‘Glee’ Stars: Where are They Now? 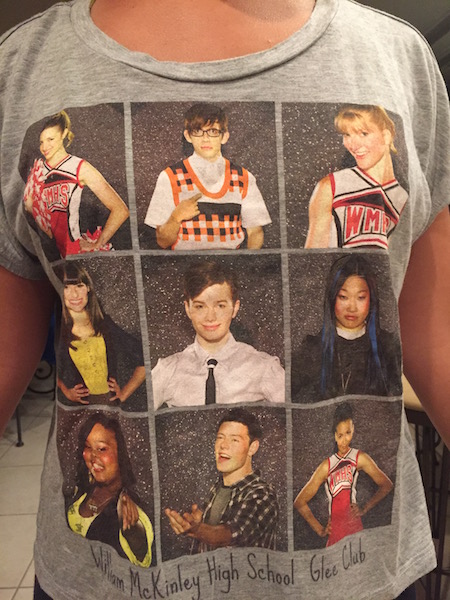 In 2009, Glee, a show about a group of underdogs trying to find their way through music, first aired. This show featured relatable high school-aged  characters of different races, sexualities, religions, and cliques. By joining a glee club, these so-called “outcasts”  were able to branch outside of their respective friend groups and be a part of something larger than themselves. After nearly six years of following the beloved characters through heartache, happiness, loss, and love, the world said goodbye to the phenomenon that was Glee.  Much has changed in the last seven years, especially since Glee ended, posing the question: where are these adored actors now?

Known for her role as aspiring star Rachel Berry, Michele is still working in television. She currently has a role on the new show Scream Queens. In 2014, Michele released an album entitled Louder. Along with her acting and music career, Michele continues to grace the cover of many magazines including “Shape.”

On the show, Salling played the part of Puck, the teenage rebel gone soft. Currently, he faces charges for being in possession of child pornography. His trial has been pushed back indefinitely after he sought new counsel.

Agron played the role of queen bee, Quinn Fabray. Agron has recently married Winston Marshall, the banjoist from the alternative group, Mumford & Sons. Agron has also been a part of two minor films, Bare and Tumbledown.

On Glee Rivera played the role of Santana, the Latina lesbian notorious for speaking her mind In 2014, Rivera married Ryan Dorsey and now has a little boy named Josey. In September of this year, Rivera released her memoir, “Sorry Not Sorry: Dreams, Mistakes, and Growing Up.” In the book, she reveals that she had an abortion while working on Glee and suffered from an eating disorder while she was in high school.

Morrison played the beloved Glee Club moderator, Mr. Schuster. Schuester was known for always encouraging the kids to be themselves regardless of what people think. In October of 2014 Morrison got married to Renee Puente in Hawaii. Morrison also played the lead in Finding Neverland, a show that was on broadway from March 2015 to January 2016.

On Glee, Riley played Mercedes Jones, who was known for her fiery personality and vocal runs. In 2015, Riley played in Addaperle in NBC’s live performance of “The Wiz” which aired around Thanksgiving. She also had a role in a Christmas special entitled My One Christmas Wish.

Colfer played the kind-hearted Kurt Hummel who constantly faced the struggle of coming out to his friends and family, as well as dealing with bullies. Since Glee, Colfer has guest starred on an episode of Hot in Cleveland and has been heavily involved in philanthropic projects. long with a variety of philanthropy. Colfer is also one of the many celebrities to endorse Hillary Clinton by donating a little over $5,000 to her campaign. Colfer has also written a series of books called The Land of Stories, there are four books in the series.

Monteith played beloved quarterback Finn Hudson who also had a knack for music. Unfortunately, on July 13, 2013, Monteith passed away due to a drug and alcohol overdose. He never got the opportunity to finish Glee, but his memory continues to live on in the cast members and millions of fans.

Glee ignited a movement of acceptance in the hearts of all of the many “gleeks” they created a culture where being different was encouraged.

Sophomore Isabella Bahr explains, “I loved watching glee, it was a very good show with so much drama and music, those are like my two favorite things in TV shows.” She also adds,  “Rachel and Finn were my favorite couple ever!”

The show achieved this by combining class high school coming-of-age stories with music from all generations.

Senior Kendall Perez shares, “I used to really like the show because it put a somewhat unrealistic concept into real life and it makes me love signing songs more.”

Although the show is over, the message of the show continues to be everpresent.