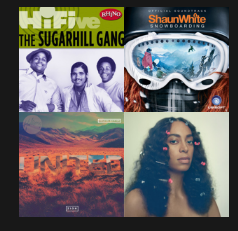 Ms. Mikos argues, “My favorite Disney song to run to is the Electrical Parade soundtrack because its about 9 minutes long. There aren’t very many words so I’m not tempted to sing along and get out of breath faster.”

Spotify? Pandora? Soundcloud? In recent years, different music streaming platforms have been taking over the world with access to practically every song available. As a result, people hardly buy CD’s at the store or albums on Itunes. Ever wonder about what the teachers of Academy listen to on their free time? From their to-the-gym or their morning commute songs, here is what is on our teachers’ Spotify playlists with a few seniors’ preliminary guesses.

What actually is on her go- to playlist: Dubee confesses she doesn’t have a Spotify account but she says,“In the car, I listen to Spirit FM.”

What is actually on her playlist: Yatsula guessed correct! Mikos states,“I actually just downloaded Spotify this weekend. The only reason I downloaded it was for the RunDisney training playlist.” She adds, “I am running the Wine & Dine half next month and the Princess Half in February.”

What is actually on her playlist: “The Hamilton Album (obviously) – it never gets old to me.” Kearney also listens to some groovy 70’s music.

To what is actually on her playlist, Filocco answers, “I am really into Frank Ocean’s new album- Blonde, Solange’s new album- A Seat at the Table, and The ChainSmokers.  I also always like Most Necessary for working out and a nice Jason DeRulo hit every once in awhile.”

From contemporary R&B to classic Disney hits, music is a source of light entertainment for all ages. Check out some of these teacher favorites below.