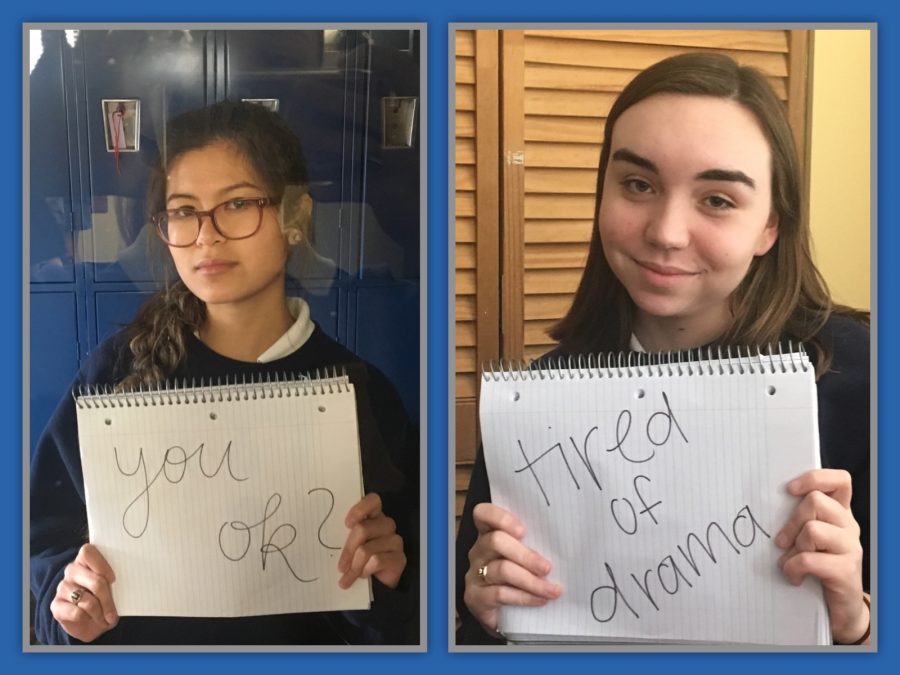 Credit: Valerie White/Achona Online Taylor Swift’s music video for “You Belong With Me” was released in 2009 and has over 641 million views on Youtube.

One of Academy girls’ favorite pastimes includes jamming out to their favorite songs and deemed classics, despite their release date. Often times, what girls really remember is the songs’ unforgettable music videos. Here is a list of iconic, classic music videos:

Lauper’s upbeat music video released in 1983 from her album, She’s So Unusual. She included her friends and family in the music video as an excuse to hang out with them during her busy career, and because of a low video budget. Lauper felt that women were accomplishing great feats of equality in the 80s though women’s rights started to fall back into the status quo.

With over 365 million views on Youtube,this music video also aired in 1983 off the album Michael Jackson and was directed by John Landis. Landis wanted to feed into Jackson’s love for monster movies and horror and says the concept of Jackson becoming a werewolf is a reflection of the physical and mental transformations of a person.

Senior Abby Morris is an avid fan of Michael Jackson, “I don’t even know where to begin. The dance moves incorporated in “Thriller” tell a story, which is different than most music videos. It has a big cultural effect because the special effects were advanced for its time, and it opened up a door for future music videos.”

3. “Thinking Out Loud” by Ed Sheeran

“Thinking Out Loud,” a single off the album Multiply, stars Sheeran himself dancing with female lead Brittany Cherry. What is special about this video is that Sheeran decided to learn the dance himself, instead of hiring a male dancer.Released in 2014, the video has over 1 billion views on Youtube.

Senior Victoria Quinones shares, “The video is really cute and I love the dancing. By participating in the video himself, Ed Sheeran shows his personality, and his fans are able to appreciate his work. Also, the video enhances the song’s beauty.”

The controversial school-girl music video released in 1998 has over 231 million views on Youtube today. The idea behind the video, directed by Nigel Dick, was a Catholic schoolgirl, played by Britney Spears, who fantasizes about her crush. The original title was “Hit Me Baby (One More Time),” which made Spears skeptical that people would receive the song as a reflection of domestic violence, hence the name change to “…Baby One More Time.”

Beyonce’s classic music video, “Single Ladies (Put a Ring on It),” released in 2009 with the album, I Am…Sasha Fierce, and has over 526 million views on Youtube. The choreography, by JaQuel Knight, Frank Gaston Jr., and Beyonce herself, was intended to modernize a dance performed on The Ed Sullivan Show in 1969. The idea behind the song itself is to show men’s fear of commitment.

6. “You Belong With Me” by Taylor Swift

“You Belong With Me” features Taylor Swift in a double role as a studious band member and a popular cheerleader and Lucas Till as the male lead. This video received much hype for the controversy surrounding Swift’s MTV Video Music Award win for Best Female Video in 2009, when Kanye West interrupted her acceptance speech claiming Beyonce deserved the award.

A great music video increases a song’s popularity and initiates it as unforgettable for generations. They also set a precedence for future music videos and challenge artists for new, creative videos.