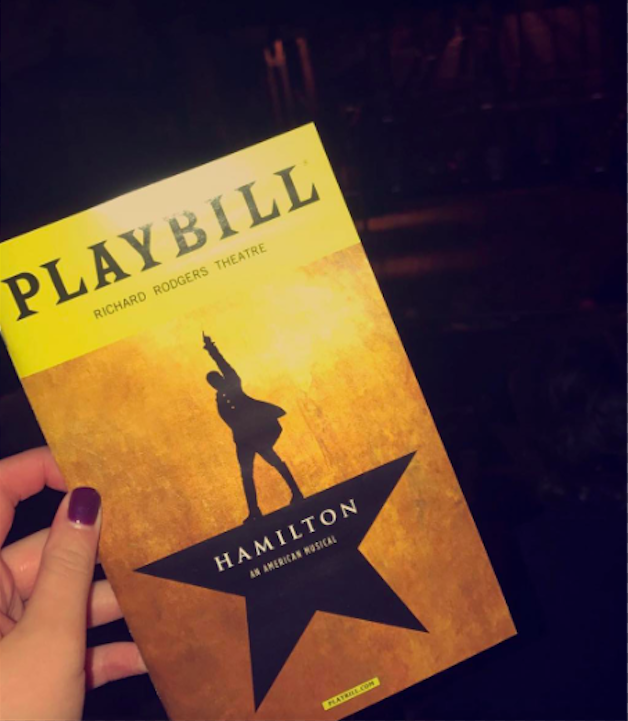 Regardless of the political backlash towards Hamilton, fans of the play are vying to get tickets, if they haven’t already gotten them. (Photo Credit: Gracie Wipfli-used with permission)

Trump tweeted that Pence was "harassed" by the "very rude" cast of Hamilton when they read this statement. Ask yourself if that's true. pic.twitter.com/K0SpkShgfo

President Elect Donald Trump then turned Dixon’s speech into an issue and took to Twitter to express his feelings.

The Theater must always be a safe and special place.The cast of Hamilton was very rude last night to a very good man, Mike Pence. Apologize!

Trump urged the cast and crew of Hamilton to apologize to Mike Pence, causing an uproar on Twitter. Trump’s loyal supporters then began to tweet #BoycottHamilton which soon went viral.

The problem with this proposed boycott is that Hamilton tickets are sold out until August of 2017, and Hamilton fans and Trump critics alike expressed this on their social media platforms. Those who tweeted were attempting to explain how ludicrous the boycott is, because of logistics and ticket sales, and were judged and criticized for their views. Celebrities, including George Takei, Emmy Rossum, and Chrissy Teigen also put in their view on the situation.

How ya gonna boycott Hamilton when it's SOLD OUT!!!! 😃

AHN Junior, Gracie Wipfli, who attended Hamilton the weekend of the boycott said, “I had seen the hashtag on Twitter, and I figured it was just a social media movement, but then I got to the play and we could see and hear protesters from the lobby. And, as the cast and crew were leaving, fans were trying to take pictures with them, and the protesters were yelling at them to not take pictures, and were waving their signs. It was overwhelming, but I don’t think it will turn into a big movement.”

Although most remarks that have been made by Republican politicians, and Trump supporters since initial event occurred have been negative, the exposure that Hamilton has gained has only furthered its success. Prior to the protest, Hamilton hit a Broadway record by being the first play to gross $3.3 million in one week.