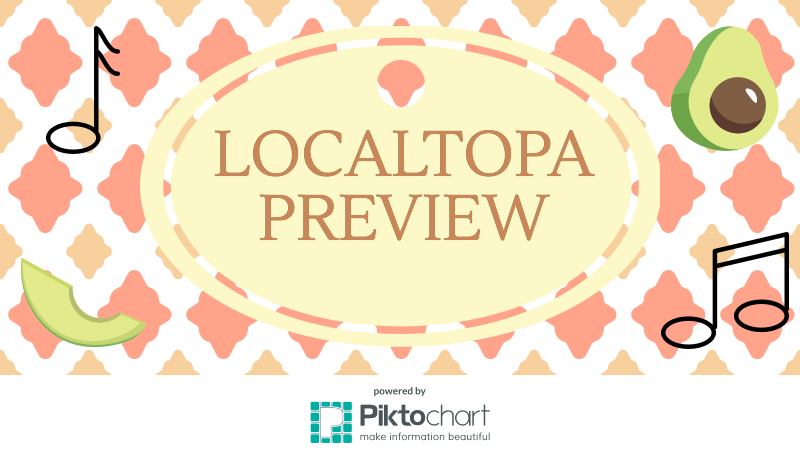 For the fourth consecutive year, Localtopia will return to Williams Park in St. Petersburg to showcase some of the area’s popular businesses, musical groups , and organizations. Localtopia is sponsored by the non-profit organization Keep Saint Petersburg Local, which launched in early 2012. The goal of the organization is to promote local businesses in order to enhance the city’s economy and stimulate growth within the community.

Senior and small business supporter Rachel Rosales says, “I enjoy supporting local business because it stimulates the economy. They also usually have unique stuff that you can’t get online.”

We are so excited to celebrate all things local during @KeepStPeteLocal's 4th Annual #Localtopia on Feb 4! Save the date 📅💥😀
📸: @StPeteFL pic.twitter.com/xxIf8ODAmH

Within the park, there are roughly ten “villages” where vendors are found based on categories: health and wellness, arts village, food truck rally, restaurant row, indie market, neighbors and nomads, family, skate, bike valet, and welcome center. Each village will contain plenty of local vendors ranging from Acupuncture and Herbal Therapies to Planet Retro Records.

Aside from vendors, live music will play a major role in the event. Emceeing the concerts is actor Matthew McGee, who is popularly known for his participation in the St. Pete Opera Company and the freeFall Theater Company. Performers including Dean Johanesen and the 24 Hour Men, Jeremy Thomas Band, and Damon Fowler will take the stage throughout the day. Though there will be seating in several locations, it is recommended that attendees bring a blanket to sit on.

Localtopia not only provides entertainment for many, it also supplies an opportunity to locals to participate in the event through sponsorship and volunteer work. The “Community Sponsor” level costs $500 and permits advertising for the company responsible for the sponsor. Individual’s who would prefer to volunteer must-sign up online for a specific shift that lasts roughly two hours. In addition, it is recommended that volunteers attend a workshop to prepare for the event.

The event is free, however there is a recommended five dollar donation in support of local businesses. Due to the limited amount of street parking surrounding the park, parking garages will be available as well as a parking lot that costs ten dollars per car. Localtopia takes place on February 4 from 10:00 a.m. to 5:00 p.m. In the occasion that rain is forecasted the day of the event, it will be postponed to February 25.