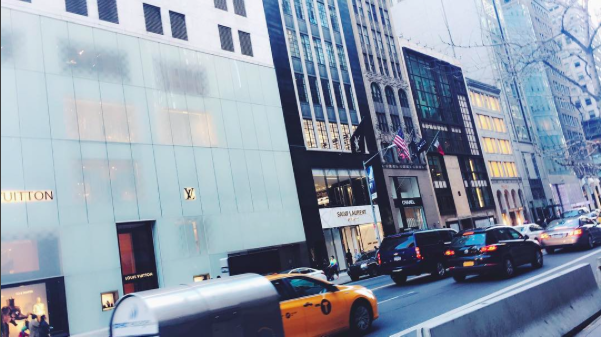 New York City is the fashion capitol of America.

In both February and September, there is one week where New York City is overflowing with designers, models, and celebrities. These two weeks of the year are when all of the world’s renowned fashion designers display their latest collection. The audience at each show consists of potential buyers, the general public, and the press. 78 designers participated in the  2017 Spring New York Fashion Week including Betsey Johnson, Ralph Lauren, and Vera Wang. Considering the large amount of designers, there is a high demand for models. Many of the Victoria’s Secret models also belong to modeling agencies who contract them to walk in Fashion Weeks all over the world. The 2017 Fashion week started Thursday, February 9, and ended Thursday, February 16.

Also the two Hadid sisters, Gigi and Bella, who are also Victoria’s Secret models, walked together in the Versace Fashion show.

Two other angels, and best friends, Jasmine Tookes and Josephine Skriver, walked together at Praba Gurung’s fashion show in New York before heading off to London, for London fashion week.

However there are many models who walked fashion week who still have normal day jobs as they have not yet reached superstar status. For example, model Ya Bi, while being able to model also works at the restaurant Rue 57 as a hostess.

This past fashion week Bi walked in the Namilia fashion show, Christiano Siriano fashion show, and stood in the Laurence and Chico presentation.