19 Live Action Remakes from Disney Studios to Look Forward To 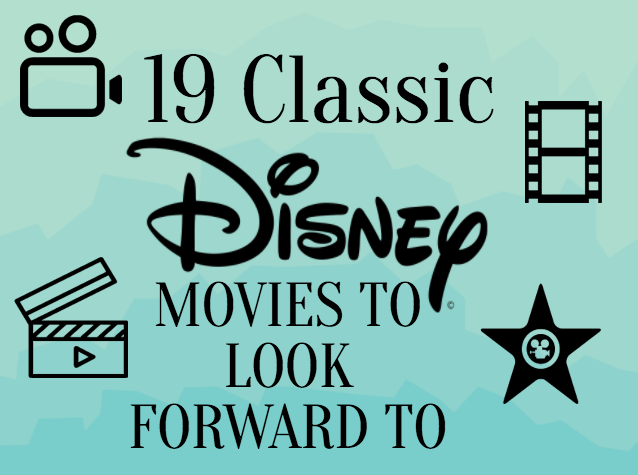 Photo Credit: Haiqa Mian/ Achona Online I’m loooking forward to Mulan because she’s the best princess and it’s going to be so interesting how they recreate Mushu and the Ancestors.” says Junior Vanessa Davila.

Since 2010, Disney has made live action versions of classic movies such as Alice in Wonderland, Maleficent, Cinderella, The Jungle Book, and recently, Beauty and the Beast. Over the next few decade, Disney intends on creating nineteen more live-action remakes and spinoffs of their classics.

disney continues to blow everyone away with their remakes pic.twitter.com/ufDYCns1zT

Set to be released on November 2, 2018, Mulan is the story of a woman in China who disguises herself as a warrior in order to save her father. Niki Caro will be directing the film. They are currently working to cast Mulan and the rest of the characters.

James Earl Jones will be reprising his role as Mufasa and Donald Glover will be taking on the role of Simba. After The Jungle Book’s success, The Lion King has been put on the “fast track” and will come to theaters very soon.

Not much is known about Disney making a new version of The Little Mermaid. The little that is known is that songwriter who composed Beauty and the Beast, Alan Menken, will be returning to compose the music of the movie alongside Lin-Manuel Miranda, the creator of Hamilton.

“I am excited for The Little Mermaid, because Ariel is my second favorite Disney princess and I want to see them singing the songs again like they did in Beauty and the Beast!” says Junior, Lauren Lavery.

Snow White and the Seven Dwarfs

Though there is no date attached to the release of Snow White and the Seven Dwarfs, Erin Cressida Wilson is said to be writing the screenplay.

Rose Red was originally appeared in Grimms’ fairytales and had no relation to Snow White. The story of Rose Red now intertwines Snow White and the Seven Dwarfs with Rose Red by including her in the later part of the story.

Prince Charming will be the story of the prince from either Cinderella or Snow White. This film does not have a release date set yet.

In this live-action movie, Emma Stone will play Cruella-de-Vil. The film will show how Cruella’s origin story and how she came to be. The director is yet to be announced and the film is said to be released in 2018.

“I am excited for Cruella because she is one of my favorite Disney villains!” says Junior Tabitha Rucker.

Though Peter Pan has been remade several times, Disney is doing it again. Director, David Lowery, is crafting a new take on the classic film. The film’s release date has not been announced.

Junior Jazmine Sanchez says,”I’m super excited for the Peter Pan remake. I love Peter Pan because it played a major role in my childhood and I never got tired of the story.”

Tink will be a story revolving around Peter Pan’s fairy, Tinkerbell. Disney has not announced when the movie is set to be released, but Reese Witherspoon has signed on to play Tinkerbell.

Pinocchio, a puppet who is alive, must try to prove himself worthy of becoming a real boy with the help of a cricket. The release date and director are yet to be announced, but Peter Hedges is said to be writing the screenplay.

This new Aladdin will completely deviate from the plot of the original movie. Disney announced its production in March 2017 and announced that they are holding casting to find their perfect Aladdin and Jasmine. Shooting for Aladdin will begin in the summer of 2017.

Genies is said to be a prequel of Aladdin. In this film, the audience will get to learn Genie’s backstory. The film will show how Genie, who was originally voiced by Robin Williams, got trapped in the lamp. Genies is being written by Mark Swift and Damian Shannon.

In this remake of Winnie the Pooh, Christopher Robin, now a grown-up, is working as a business man. His life turns around when Winnie the Pooh shows up on his doorstep looking for help.

Dumbo is the story of an elephant with extraordinarily large ears who learns to fly. Tim Burton is signed on to direct the remake of this film. Eva Green and Danny DeVito are considering roles in the film with talk of Tom Hanks playing the main villain.

Angelina Jolie will return to the role as Maleficent in the sequel to the 2014 movie Maleficent. Maleficent 2 is said to be about Maleficent’s daughter Malevolent who falls in love with Aurora’s son. The release date of this film is rumored to be May 2017.

The Sword in the Stone

The Sword in the Stone is the story of a poor boy named Arthur who encounters a wizard named Merlin and learn about love and bravery while on the path to becoming one of England’s greatest kings. All that is known about the remake is that writer of hit-show Game of Thrones, Bryan Cogman, will be writing the story.

Chernabog is a demon creature who appeared in an 11-minute segment in the movie Fantasia called “Night on Bald Mountain”. Burk Sharpless and Matt Sazama will write the script and produce the film. There is no set release date yet.

James and the Giant Peach

James and the Giant Peach is the story of an orphan who lives with his two aunts. When he befriends bugs who live inside of a giant peach, they go on a journey to New York City. The screenplay is being written by Nick Hornby and the movie is being directed by Sam Mendes.

Oliver Twist is the story of an orphan who runs away from a workhouse and is taken in by a group of thieves. Ice Cube is said to be starring in the movie as Fagin, the leader of the pickpockets, and producing the movie through his company Cube Vision. Thomas Kail, the director of Hamilton, is said to be directing.

All these @Disney live-action remakes are great, but I think I speak for all of us when I say what the world NEEDS is live-action Kuzco.