Newsies Hit the Big Screen Once and For All 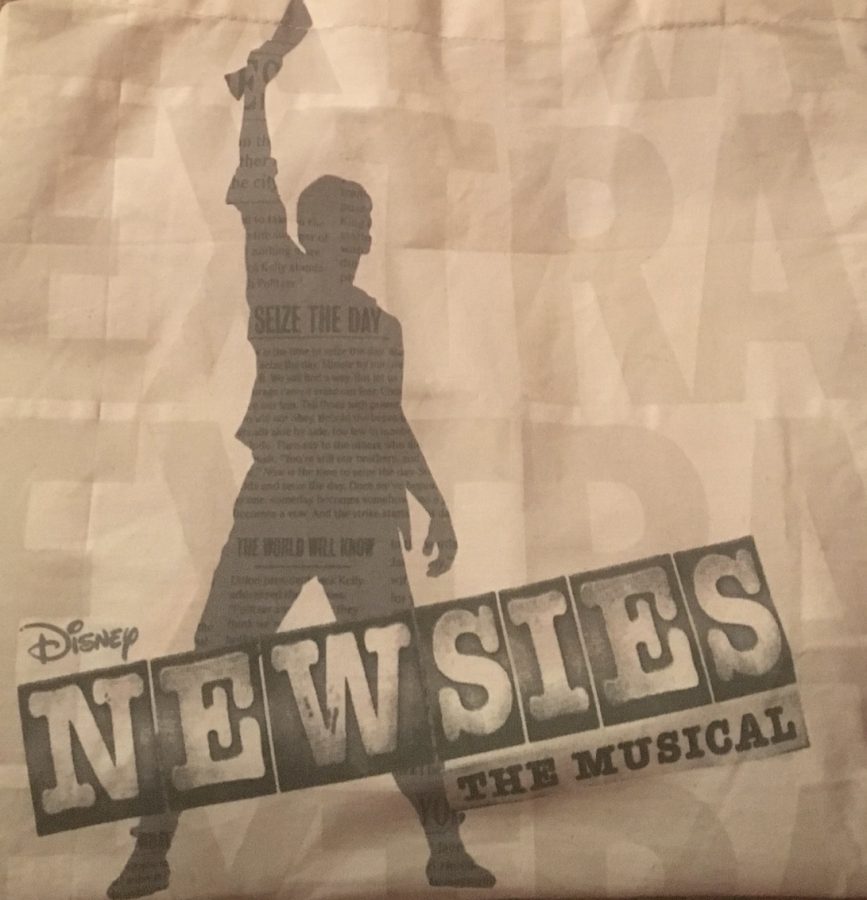 One of Broadway’s biggest hits, Newsies, hit the big screen this February. Members of the original Broadway cast and the National Tour cast came together for one last run of the show that was filmed live at Pantages Theater in Los Angeles in front of an audience of 3,000 people. Due to the overwhelming excitement and support from its fansies (fans of Newsies), there was one encore showing in theaters March 4.

Original cast members that returned for the movie include Jeremy Jordan as Jack Kelly, Kara Lindsay as Katherine Plumber, Ben Fankhauser as Davey Jacobs, and Andrew Keenan-Bolger as Crutchie.

Senior Rachel Tata said, “My favorite actor is probably Andrew Keenan-Bolger because of his amazing ability to commit to a role while still being able to nail every last line, dance move, or verse.”

Newsies originally opened at the Paper Mill Playhouse in New Jersey for a month in 2011. It then moved to Broadway in 2012 and ran for two years with 1,005 performances. The National Tour began in 2014 and came to a close in 2016 after over 700 performances in 65 cities.

From the book written by Harvey Fierstein, Newsies is based on the real-life Newsboys Strike of 1899 in New York City. It is centered around the life of 17 year old newspaper delivery boy Jack Kelly and his fellow “newsies” who work as hard as they can just to survive on the streets of New York. When their boss exploits them and raises newspaper prices for no good reason, the newsies prepare to strike and let him know he will not thrive at their expense.

Junior Abigail Rodriguez said, “When I found out it was being filmed live, I was so excited. I never had the opportunity to see the musical with the original members so I hoped to see the movie so I could finally experience their talent too.”