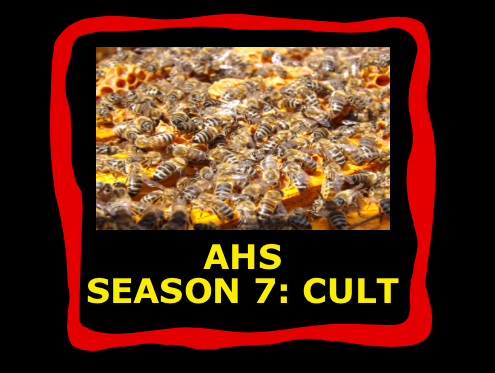 “American Horror Story” released their seventh season, “Cult”, on Sept. 5, 2017. The short trailer videos revealed each week before the debut were deliberately misleading, but as the day approached it became clear that the new season was focused on extremely controversial topics such as the 2016 Presidential election, LGBT rights, and clowns.

"My phobias were a perfect reaction to what I instinctively knew was true." – Ally #AHSCult

The trailers terrified many veteran “American Horror Story” fans and discouraged them from watching the new season.

Chloe Coddington (’20) said, “I saw the trailers, and one of them had this lady screaming about Trump and clowns covering faces with millions of hands and it freaked me out. It made me think of the movie “IT”. I love that movie, but this is scarier. It makes me think of the clowns in Pasco County and it’s too surreal.”

The season is set in Michigan, and the references to the 2016 election are being used to illustrate social issues in the United States. This is the first season of “American Horror Story” that will include real time current events.

Alyssa LoSauro (18′) has been disappointed by previous seasons and is hoping “Cult” redeems her love for the show saying, “I like the political heat that the first episode revolved around and I am glad that the show isn’t censoring many of the real world problems in society today.”

Me trying to figure out how the election, clowns, a cult, and a fear of holes are related before the finale #AHSCult pic.twitter.com/T8oBB2nGTY

The show stars Evan Peters, who plays an intimidating man infatuated with the idea that Americans voted for Trump out of fear. His character plans to create so much fear in the other main characters that they are driven to madness.

Cydney Figueroa (’18) said, “I do not like the theme; it’s meant to be scary and the politics do not scare me. The character Evan Peters plays is too eccentric and it takes fear of the past seasons.”

Along with controversy surrounding the parody of Clinton and Trump, viewers can look forward to nightmares of holes, clowns, and an oppressive cult.