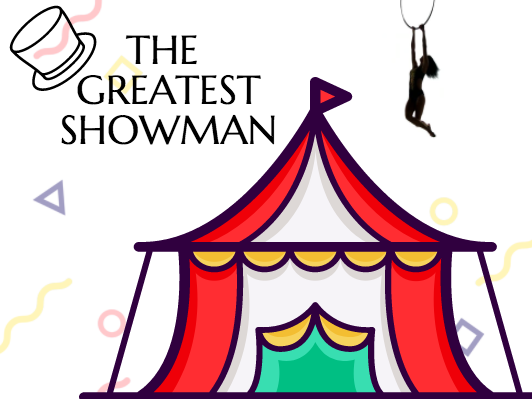 “The Greatest Showman” was directed by Michael Gracey.

“The Greatest Showman” is a biographical drama starring Hugh Jackman, Zendaya, and Zac Efron, which tells the story of P.T. Barnum, who came from nothing and went on to create a world-renowned show.

“The Greatest Showman” is a musical with music written by Benj Pasek and Justin Paul, who are famous for writing the songs in the popular movie “La La Land.” Songs from the movie have been on the Billboard Hot 100 Charts. “The Greatest Showman” has earned Jackman his first time in the Hot 100.

Emma Sewell (‘18) says, “Hugh Jackman was the best actor in the movie and I think he did a really good  job singing. It came across like a play to me and the plot was incredibly interesting. My favorite song was “A Million Dreams” from the beginning of the movie, but all the songs were inspiring and incredibly well-written.”

“The entire movie felt like one long intro, it didn’t really have a plot. However, the music was really catchy and the songs went with what was happening,” says McKenzie Holmes (‘18).

Experience the magic of the holidays with The #GreatestShowman soundtrack, featuring @RealHughJackman, @Zendaya, @ZacEfron, and more! Listen now: https://t.co/d9wylW6Xuw pic.twitter.com/muV3KHS6p7

I, personally, loved “The Greatest Showman” and have seen it twice already. I believe the acting was exceptional and the actors played their parts perfectly. Zendaya and Zac Efron’s chemistry in the movie is incredible and has the audience hoping that everything will work out for them. Hugh Jackman’s character, P.T. Barnum, is led astray by his longing for fame and glory and ultimately remembers his origins and redeems himself. I am a huge fan of the soundtrack and have been listening to it on a daily basis. My favorite song from the soundtrack is “Tightrope” which is sung by Michelle Williams, who plays Barnum’s wife, while he is away. Barnum’s search for the unique and struggle to not get caught up in fame kept me interested throughout the entire movie and left me wanting more by the end of the movie. I definitely recommend all musical fans to watch “The Greatest Showman.”